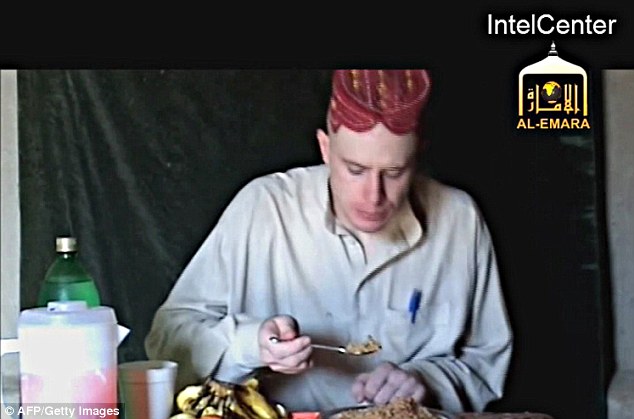 Obama really hates the Military… He hates the soldiers that were killed looking for this POS. He will grant this pardon… no question about it!

Army Sgt. Bowe Bergdahl–held captive for five years after being captured by the Taliban in Afghanistan–has requested a pardon from President Obama, Fox News has learned from two senior US officials.

According to a well-placed source, Bergdahl thanked the president for rescuing him in May 2014 in a controversial exchange for five Taliban prisoners from Gitmo, in addition to asking for a pardon in the letter.

The Secretary of the Army was copied on the letter to the president, but the pardon was not formally requested through the military chain of command.

A Justice Department official confirms that it received a pardon petition from Bergdahl. Pentagon and White House officials would not immediately respond for comment.

Bergdahl’s pardon letter was sent to the president via the Department of Justice, officials said. There was no immediate comment from DOJ.

Reached by phone, Eugene R. Fidell, the attorney representing Sgt. Bergdahl, would not comment on the letter.

Last month, Sgt. Bergdahl’s court-martial trial was delayed for a second time and will now begin May 15 at Fort Bragg, NC.

Bergdahl faces charges of desertion and misbehavior before the enemy and could face up to life in prison.

President-elect Donald Trump called Bergdahl a “dirty, rotten traitor” early in his presidential campaign during a town hall in August 2015.

The Army general who investigated Bergdahl’s disappearance from a remote outpost in eastern Afghanistan on June 30, 2009 recommended that Bergdahl not receive jail time.

After being captured by the Taliban a short time after he left his post, Bergdahl was transferred to the Haqqani network, which top officials say is the most dangerous militant group in the region.

The State Department designated the Haqqani network, based in Pakistan, as a foreign terrorist organization in 2012. More