FEEL THE BERN CA: Bernie Has $5M+ Left In His Campaign Account, But Stiffs Cities For $327K In Security Costs

Stiffs all the cities where his good buddies live.

Crazy Bernie is a socialist and believes he has a right to everyone else’s money, that includes all these communities. Equal poverty for all except the man at the top who gets it all… 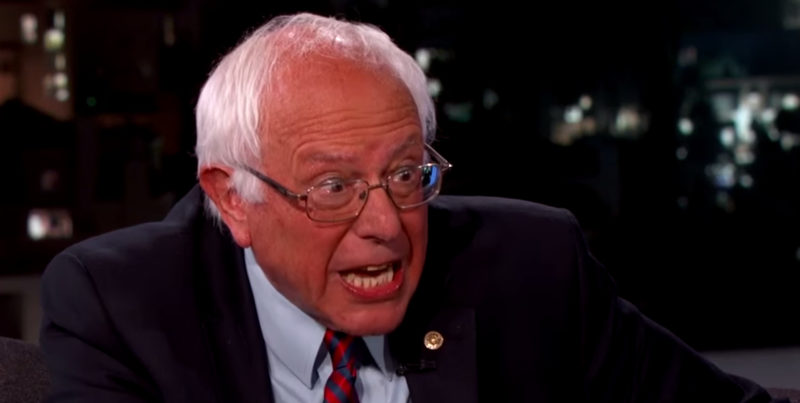 Sanders’ campaign has reportedly failed to make good on hundreds of thousands of dollars in event security costs owed to dozens of cities and their police departments.

Sanders has failed to pay the multiple outstanding security bills despite retaining roughly $5 million in leftover cash from the campaign. More

Pelosi Says GOP Wants To Put Dreamers In Camps... Like Japanese Americans Were Interned By FDR

FEEL THE BERN CA: Bernie Has $5M+ Left In His Campaign Account, But Stiffs Cities For $327K In Security Costs