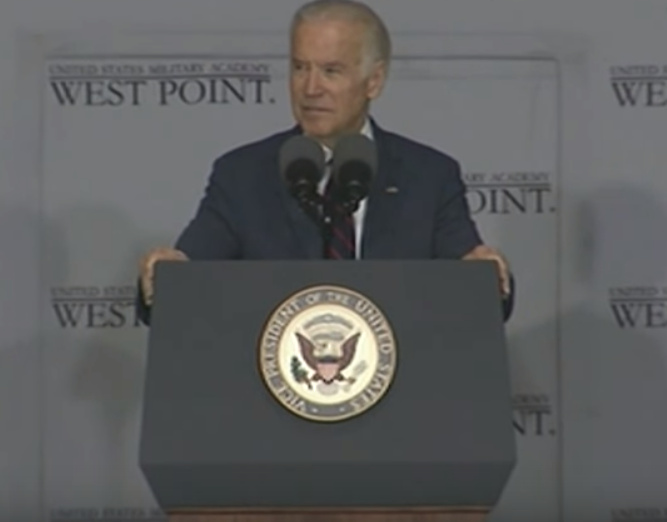 He’s the last person who should be speaking at West Point. There’s a huge yellow streak running down the middle of his back!

“Having men and women together in the battlefield is an incredible asset, particularly when they’re asked to lead teams in parts of the world with fundamentally different expectations and norms,” Biden said, according to the Associated Press.

The first seven women who were commissioned into combat divisions graduated Saturday.

Before the “don’t ask, don’t tell” policy was reversed, Biden said, “E.J. would have been discharged from the Army, and we would have lost an incredible talent,” he said. “Thanks for your courage, E.J., and I expect we’re going to hear big things from you, pal.”