It’s good to see decent Americans pushing back against the Democrat scourge in support of conservative principles and our President.

100%FedUp: Millions and millions of dollars from outside the state of Georgia have made their way to the campaign of Democrat challenger Jon Ossoff. The Georgia election has become a referendum on President Trump and could mean a symbolic gotcha moment for Democrats. This is a big deal for both parties! 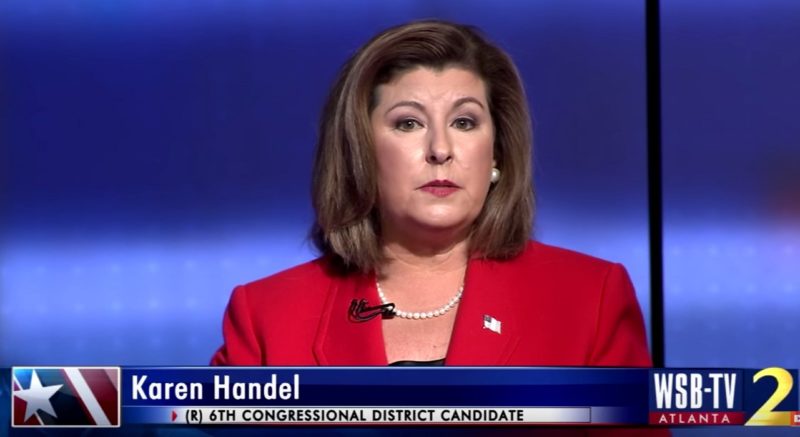 “This is kind of like a crown jewel of the Republican Party right now — holding on to this thing.” – Chris Cox, Founder of Bikers for Trump

While the Dems throw money at their candidate, the Republicans are bringing in the Bikers for Trump to go door to door in Georgia for Republican candidate Karen Handel.

This race has gotten pretty ugly with vulgar letters containing white powder sent to Handel’s neighbors. The left is really counting on this win but the vitriol only wins votes for Handel.

Much has been made of the fact that Handel’s challenger doesn’t even live in the district he’s running in!

FEAR MONGERING TO GET VOTES:

Rep. John Lewis (D-GA) stood in front of 50 Jon Ossoff volunteers at a campaign barbecue and fear mongered to get the message out: “The vote is precious and sacred. It is the most powerful nonviolent tool we have,” he said. “There are some in this country who still seek to deny some of us our right to vote. We can fight back by exercising that right.”

NOTE TO JOHN LEWIS: NO ONE IS TRYING TO DENY ANYONE’S VOTE!

MARIETTA, Ga. — This neighborhood might have gotten quite a jolt when Bikers for Trump — sporting tattoos galore, black vests and a massive flag with the group’s insignia — showed up in this Atlanta suburb to politely ask people to vote for the Republican candidate in this week’s special congressional election.

At one stop, Chris Hummel and his wife, Karen, assured Chris Cox, founder of Bikers for Trump, and the six other men and women who were going door to door that they had voted early for the Republican, Karen Handel, over Democrat Jon Ossoff.
Mrs. Hummel even shed some tears after learning that three of the bikers had served in the military. Her father served as a battalion leader in the Vietnam War and returned a different man. Years later, when Mrs. Hummel was a baby, he took his own life.

“We have heard about them,” Mrs. Hummel said about the group. “I just think it is cool that it is just kind of grass-roots door-to-door, just common folks. Because that is really what America is.”
Mr. Cox and his crew of volunteers had visited this well-groomed neighborhood before and returned Tuesday to make certain that its heavily Republican voters planned to — or already had — voted for Mrs. Handel. The bikers are hoping to punch a hole in the Democrat-driven storyline that President Trump’s supporters are turning their backs on him.

“For us, it is more about ‘Support Donald Trump,’ and by supporting Karen Handel we are supporting Donald Trump,” said Mr. Cox, standing in a cul-de-sac next to his Harley-Davidson motorcycle and steps away from a miniature soccer goal. “This is kind of like a crown jewel of the Republican Party right now — holding on to this thing.”

Even Liberals Are Worried About Liberal Extremism (Video)