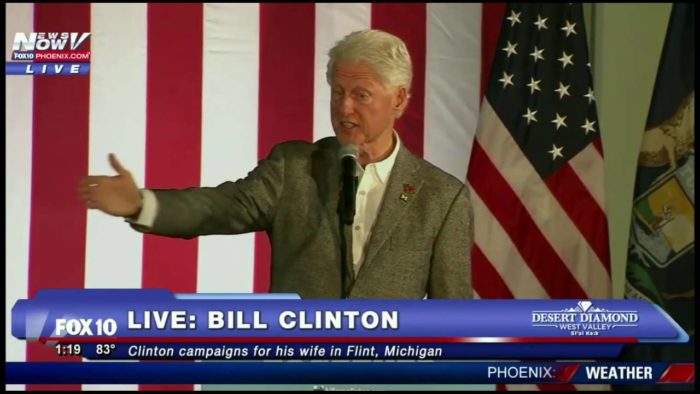 Even Bill Clinton sees the ACA is killing small businesses. The Affordable Care Act is definitely not affordable or a good option for most people.

Former President Bill Clinton characterized the Affordable Care Act Monday as a “crazy system” in which small business owners are “getting killed.”

“We’ve got to figure out what to do now on healthcare,” Clinton said Monday at a campaign event in Flint, Mich. “Her opponent [GOP nominee Donald Trump] said, ‘Oh, just repeal it all. The market will take care of it.’ That didn’t work out very well for us, did it? We wound up with the most expensive system in the world and we insured the smallest percentage of people.”

“On the other hand, the current system works fine, if you’re eligible for Medicaid, if you’re a lower-income working person, if you’re already on Medicare or if you get enough subsidies on a modest income that you can afford your health care,” he said.

He said that’s a good deal compared to the options that used to be available, but said it’s not a perfect system, especially if you’re a small business owner.

“The people who are getting killed in this deal are small business people and individuals who make just a little too much to get any of these subsidies. Why? Because they’re not organized and they don’t have any bargaining power with insurance companies and they’re getting whacked,” Clinton said.

“So you got this crazy system where all of a sudden 25 million more people have healthcare, and then the people are out there busting it, sometimes 60 hours a week, wind up with their premiums doubled and their coverage cut in half,” Clinton added. “It’s the craziest thing in the world.”

The simplest solution, he said, would be to figure out an affordable rate and let people use that.

“[L]et people buy in to Medicare or Medicaid. Here’s why: You can let people buy in for just a little bit because, unlike where you are now, if you were on the other side of this, if you were an insurer, you’d say, ‘Gosh, I only got 2,000 people in this little pool.’ Eighty percent of the insurance costs every year come from 20 percent of the people. If I get unlucky in the pool, I lose money,” Clinton explained. More 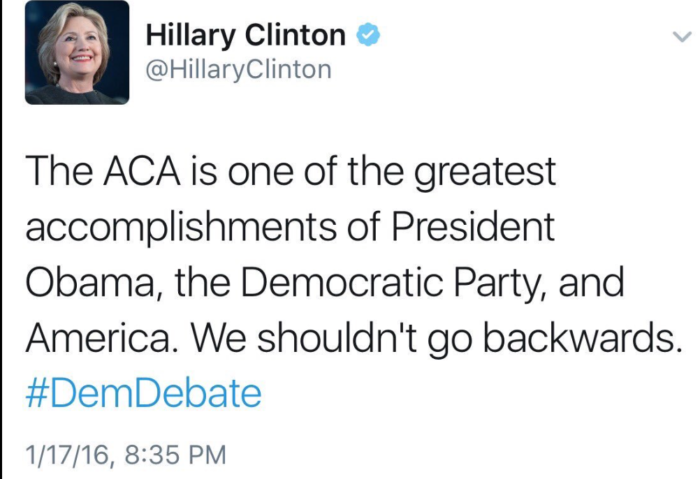