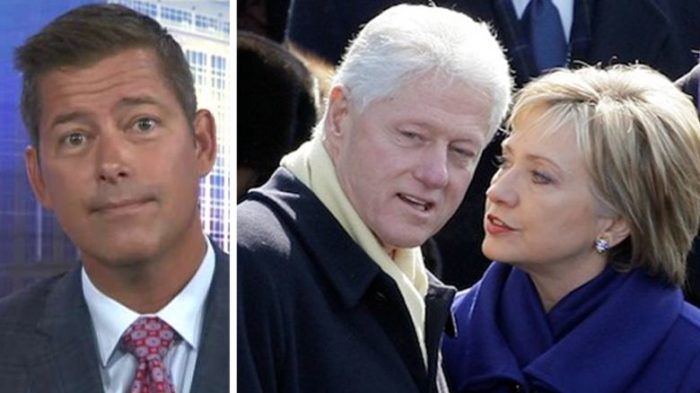 Bill Clinton is full of bull… He is just standing behind his crooked wife because she stood beside him after all of his scandals.

Bill Clinton is accusing FBI Director James Comey of serving up “the biggest load of bull I’ve ever heard” for saying that Hillary Clinton was careless with national security due to her private email server.

“First of all, the FBI director said, when he testified before Congress, he had to amend his previous day’s statement that she had never received any emails marked classified. They saw two little notes with a ‘C’ on it,” Clinton told journalists at an Asian American Journalists Association meeting in Las Vegas on Friday. “This is the biggest load of bull I’ve ever heard.”

Rep. Sean Duffy (R-WI) appeared on “Fox and Friends Weekend” this morning to react to the former president fiery defense of his wife.

Duffy said that if it is indeed a bunch of “bull” and Hillary did nothing wrong in having an unsecured private email server, then why did Bill have a secret meeting with Attorney General Loretta Lynch.

“If he wasn’t concerned about Hillary Clinton and her scandal with the email, he wouldn’t have had to have that secret meeting with Loretta Lynch,” Duffy said. “He knows better than that. He’s just trying to spin Hillary out of trouble, and it doesn’t work.”

Duffy added that new revelations about a possible “pay-for-play” scandal involving the Clinton State Department and the Clinton Foundation create even more doubt about the Democratic nominee’s trustworthiness.

“This is corruption at the highest, and I think what happens politically is everybody thinks in America that Hillary Clinton is a liar,” Duffy said. “They now see she’s corrupt as well, and that’s going to be a problem for her on the campaign trail.”