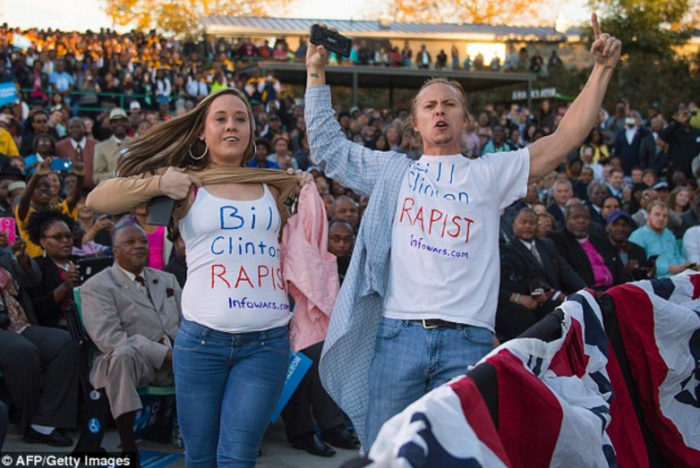 People have had enough and are fighting back, the globalist elites are crapping themselves because that is their biggest fear! LOL, I LOVE it! Vote Trump 2016

The president appeared to find the whole thing funny, pausing at length while Secret Service hauled them out.

‘You know, this is the great thing about politics in America, it takes all kinds,’ he laughed. ‘Folks will just do all kinds of stuff. Now where was I?’

When things didn’t quite get back in order the POTUS tried again.

‘You know, say, those are some folks who – they were auditioning for a reality show,’ Obama said. More