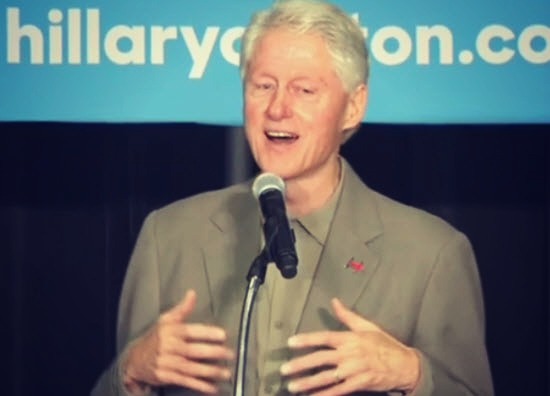 So it is OK for Bill and Hillary to call Trump supporters names, but if Trump says something the liberals throw a fit. The liberals double standards in full swing.

“The other guy’s base is what I grew up in,” the former president said during a campaign stop in Fort Meyers, Fla. “You know, I’m basically your standard redneck.”

Clinton went on to tell a story about West Virginia voters, saying they “only watch Fox News” and that he and Hillary agreed earlier this year that they would “never carry” the coal-producing state.

The 42nd president said when he arrived in West Virginia to campaign earlier this year, he was met by a throng of pro-Trump protesters and tried to convince them to come to the event and reconsider their positions.

Clinton said that Trump’s slogan – Make America Great Again – is an attempt to convince voters they can have the economy and society of 15 years ago.

“In other words, I’ll move you up on the social totem pole and others down,” he said.

The “redneck” comment comes just weeks after Mrs. Clinton said at a fundraiser that half of Trump’s supporters could be placed in a “basket of deplorables,” referring to them as racist, sexist, homophobic, xenophobic, [and] Islamophobic.

On America’s Newsroom today, Dr. Ben Carson reacted and argued that the statement by Clinton is simply not true. More

Watch the interview above and let us know your thoughts.

Hypocrite John McCain Criticizes Trump For His Private Conversation, But Here's His Thoughts When It's His!