Here we go again! Slick Willie is one big slimeball and his politically ambitious wife, who says she stands for women’s rights, is one heck of an enabler to her skirt chasin’ dog of a husband. No surprises here folks… Where is Hillary now? 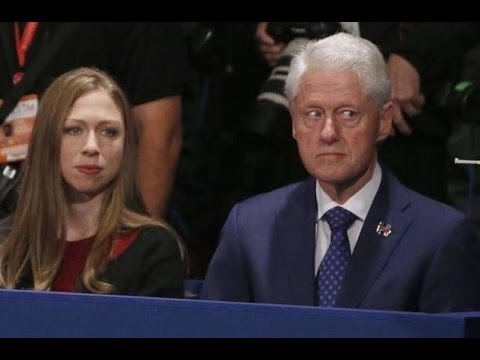 Bill Clinton is facing explosive new charges of sexual assault from four women, according to highly placed Democratic Party sources and an official who served in both the Clinton and Obama administrations.

The current accusations against the 71-year-old former president — whose past is littered with charges of sexual misconduct — stem from the period after he left the White House in 2001, say the sources.

Attorneys representing the women, who are coordinating their efforts, have notified Clinton they are preparing to file four separate lawsuits against him.

As part of the ongoing negotiations, the attorneys for the women are asking for substantial payouts in return for their clients’ silence.

A member of Clinton’s legal team has confirmed the existence of the new allegations. Read more at DM

The source added that Hillary Clinton is furious with her husband for getting entangled in yet another sex scandal. Rolling my eyes!

Hillary reportedly offered to hire private detectives to dig up dirt on the women, but Bill’s attorneys persuaded her to not interfere. ‘In the past, Hillary had a team of detectives that managed to silence a number of women in Little Rock who had complaints about his unwanted sexual advances…