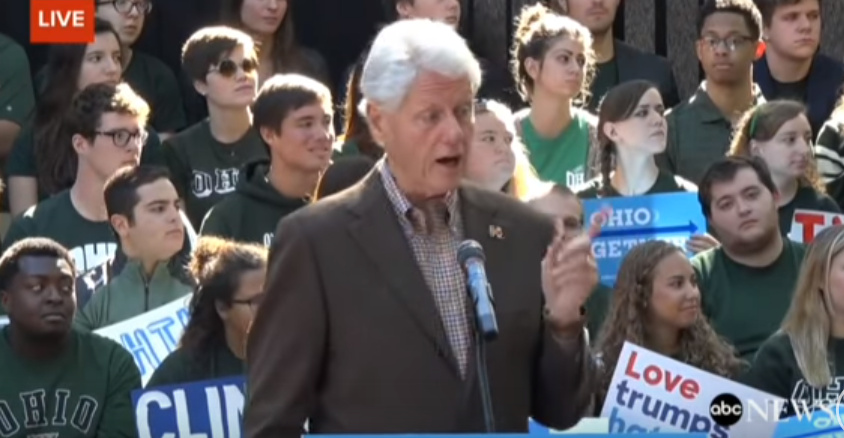 The Clintons have no class whatsoever. They would probably throw their own mothers under the bus if would win them a few votes. Hey all you Bernie people. First it’s your leader to be thrown under the bus. Then the Clintons are coming after you next.

Bill Clinton took a jab at Vermont Sen. Bernie Sanders on Tuesday in an attempt to deflect a heckler’s criticism over a 1994 crime bill that the former president signed into law.

“Hillary didn’t vote for the ’94 crime bill, even though Senator Sanders did,” Clinton told the heckler, who interrupted the former president’s campaign speech at Ohio University.

“Neither one of them were trying to send millions of your people to prison because there were fewer than 10 percent of our entire prison population are in the federal prison system,” he added. Sanders was in the House of Representatives when he voted for the bill.

Bill Clinton’s Sanders slight comes as the Clinton campaign is trying to woo the democratic socialist’s supporters, many of whom have expressed frustration at the establishment-backed Clintons. It also follows the release over the weekend of an audio recording from February in which Hillary Clinton critiqued Sanders’ backers as too idealistic. More