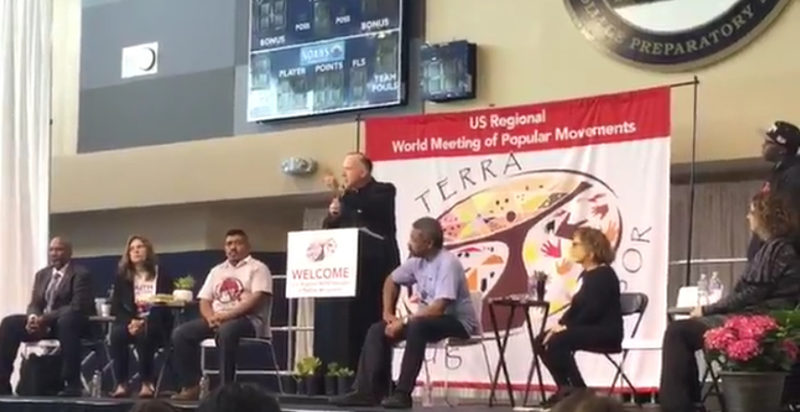 Now, even the Catholic church is getting to be like a leftist liberal rag.

Has he’s crossed the line from being a priest to a political activist?

It took all of six minutes for San Diego Bishop Robert McElroy to rouse a crowd of nearly 700 community organizers and social justice “protagonistas” by calling them to become disrupters and rebuilders amid current American politics.

The speech, 20 minutes in length but interrupted nearly two dozen times by cheers and applause, took head on key policies of the early presidency of Donald Trump.

“President Trump was the candidate of disruption. He was the disrupter, he said,” McElroy told those gathered here Saturday morning for the U.S. regional meeting of the World Meeting of Popular Movements. “Well now, we must all become disrupters.”

‘Let all the world hear, this economy kills’ Bishop McEloy. ‘We must all become disrupters!’ #USWMPM pic.twitter.com/x625xMeKR8

BREAKING: “Refugees Welcome” Banner Unfurled On Base Statue Of Liberty