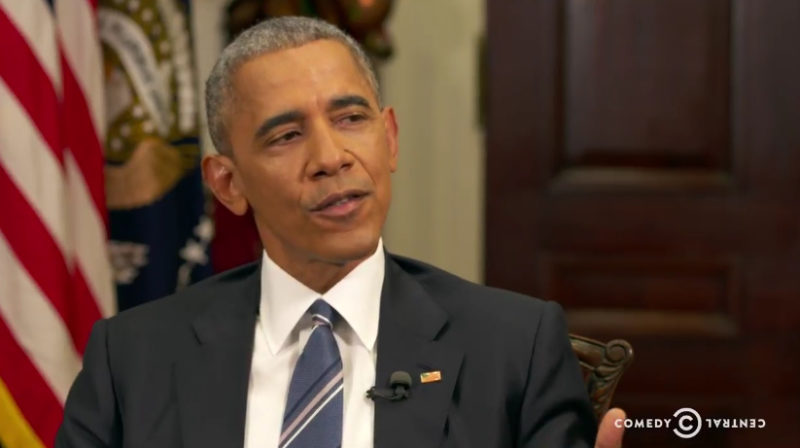 No one is born racist, full of hate and blinded by reality. Obama was raised to be a good little communist agitator, and he learned very well. It’s always been about race with him.

Bitter failed President Barack Obama went on Comedy Central on Monday and slammed America good and hard for being a racist, colonialist country that has not overcome slavery and colonialism.

Obama told Daily Show host Trevor Noah, a South African, that America has not overcome its bitter past.

“You know, my general theory is that, if I was clear in my own mind about who I was, comfortable in my own skin, and had clarity about the way in which race continues to be this powerful factor in so many elements of our lives,” Obama said. “But that it is not the only factor in so many aspects of our lives, that we have, by no means overcome the legacies of slavery and Jim Crow and colonialism and racism, but that the progress we’ve made has been real and extraordinary, if I’m communicating my genuine belief that those who are not subject to racism can sometimes have blind spots or lack of appreciation of what it feels to be on the receiving end of that, but that doesn’t mean that they’re not open to learning and caring about equality and justice and that I can win them over because there is goodness in the majority of people.”

Ugh. What a complete downer this guy is. We have never had a president who attacked his country as regularly as this clown. No wonder the Democrat Party is in shambles.