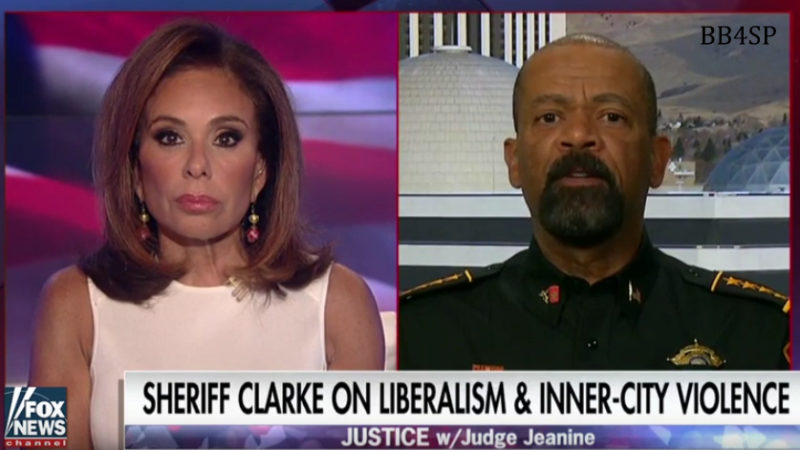 “They are being hoodwinked by the Democrat Party.”

Liberals want Blacks to believe they are poor suppressed victims and don’t have any chance of being great. A victim mindset is very self defeating. It’s their responsibility to be intelligent enough to better the situation, and not burn cities, loot and murder. That is all their fault not someone else’s.

“Milwaukee is under control by these progressive, liberal Democrats,” Sheriff Clarke said. “Their failed urban policies have wrecked the city of Milwaukee, the city that I grew up in, the city that I was raised in and have been a part [of]my whole life.”

He pointed to a loss of jobs, a failing education system and an increase in the number of dysfunctional families, all of which he said have been “exacerbated under this progressive idea of how to run cities.

Sheriff Clarke said it’s not just Milwaukee either. St. Louis, Baltimore, Chicago and many other urban cities are “on the brink.”

“Black people are resilient. We’ve overcome slavery, we’ve overcome Jim Crow. We have not been able to overcome modern liberalism and the progressive, liberal movement,” Sheriff Clarke said. “That’s been a stifling thing for us. We have not figured that out.”

He said that will come when African Americans are made to stand up on their own and figure things out without relying on the government for help.

“They are being hoodwinked by the Democrat Party.” More