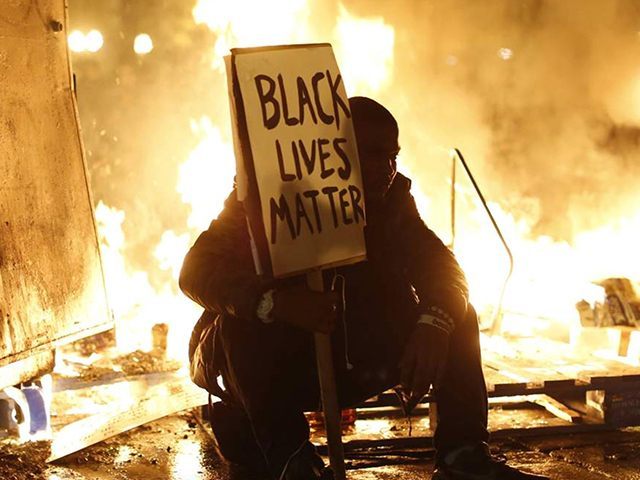 Black Lives Matter is raking in money while starting riots and causing a race war in the United States.

For all its talk of being a street uprising, Black Lives Matter is increasingly awash in cash, raking in pledges of more than $100 million from liberal foundations and others eager to contribute to what has become the grant-making cause du jour.

The Ford Foundation and Borealis Philanthropy recently announced the formation of the Black-Led Movement Fund [BLMF], a six-year pooled donor campaign aimed at raising $100 million for the Movement for Black Lives coalition.

That funding comes in addition to more than $33 million in grants to the Black Lives Matter movement from top Democratic Party donor George Soros through his Open Society Foundations, as well as grant-making from the Center for American Progress.

“The BLMF provides grants, movement building resources, and technical assistance to organizations working advance the leadership and vision of young, Black, queer, feminists and immigrant leaders who are shaping and leading a national conversation about criminalization, policing and race in America,” said the Borealis announcement.

In doing so, however, the foundations have aligned themselves with the staunch left-wing platform of the Movement for Black Lives, which unveiled a policy agenda shortly after the fund was announced accusing Israel of being an “apartheid state” guilty of “genocide.”

As far as critics are concerned, the grab-bag platform combined with the staggering underwriting commitment offer more evidence that Black Lives Matter is being used as a conduit for left-wing politics as usual.

“It’s about time people woke up to the fact that big money is using people as pawns to stoke racial hatred and further their global agenda,” said the Federalist Papers Project’s C.E. Dyer.

Bill Johnson, executive director of the National Association of Police Organizations, said corporations and others may want to think twice about partnering with the Ford Foundation, the fifth-largest U.S. philanthropy with $12.4 billion in assets. More