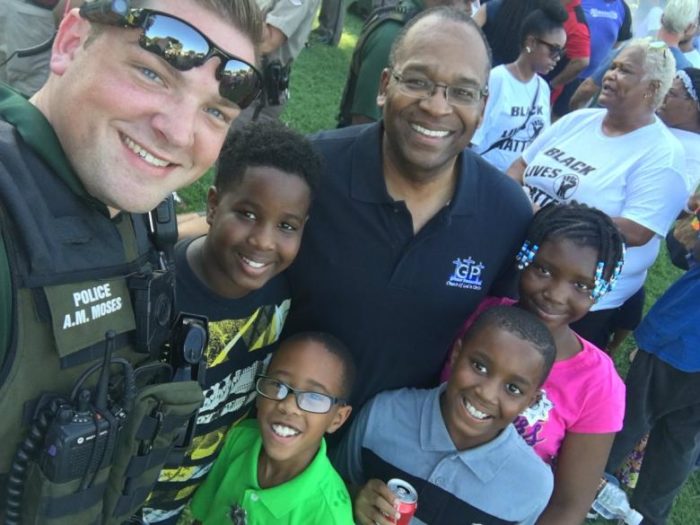 This is the way it should be! There shouldn’t be a division between the police and the community. It shouldn’t be us vs. them…

With all the division in the country right now, here’s a story that will restore your faith in humanity.

When a Black Lives Matter activist in Kansas told the Wichita Police Department that he was planning a protest, Chief Gordon Ramsay had a better idea: a cookout.

Some kids I've seen on Patrol remembered me and we took a selfie! #thatsmywichita -OM pic.twitter.com/Ofruf2kXv2

The First Step Cookout was held on Sunday and was meant to bridge the divide between the citizens – many of whom are African-American – and the police department.

Baptist Pastor T. Lamont Holder described the event as “a model that the nation should follow.”

Chief Ramsay said that he hopes other police departments will hold similar events.

“It takes two parties to make a healthy relationship,” he explained.