We now have additional evidence that the Obama regime, its AG, FBI, and DOJ were all corrupt and doing all they could, including obtaining warrants to spy on Donald Trump based on bogus information, to take him down. The most amazing thing is… Trump still won!

We would have been kept in the dark if Trump didn’t win. 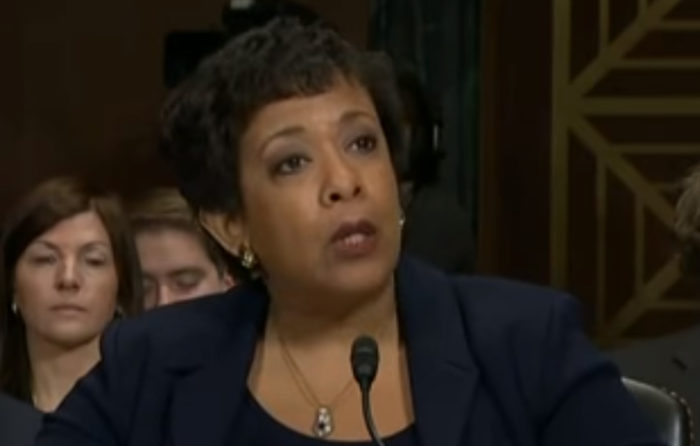 We now know that the FISA requests to spy on Carter Page were based on the discredited and bogus fake Trump dossier created by Fusion GPS and that the dossier’s origin was not reported to the court.

We also know that all of these requests were signed off on by the Obama Administration’s Attorney General Loretta Lynch and that the first request to spy on Trump was denied by the FISA Court.

The President next tweeted:

Is it legal for a sitting President to be “wire tapping” a race for president prior to an election? Turned down by court earlier. A NEW LOW!

We also reported that according to ABC News:

An Obama spokesperson vehemently denied the former president’s involvement, saying: “A cardinal rule of the Obama administration was that no White House official ever interfered with any independent investigation led by the Department of Justice. As part of that practice, neither President Obama nor any White House official ever ordered surveillance on any U.S. citizen. Any suggestion otherwise is simply false.”

Trump’s remarks raise questions about whether a wiretap on Trump Tower could have been legally approved, possibly through a FISA court. Here’s what you need to know.

The Foreign Intelligence Surveillance Court, commonly referred to as the “FISA Court,” is a secret tribunal with legal authority to grant (or deny) warrants for electronic surveillance against would-be spies or terrorists.
The court — made up of 11 federal judges, serving 7-year terms and selected by the chief justice of the Supreme Court — meets in private, sometimes in the middle of the night. FISA targets are highly classified.

The FISA Court was authorized under the Foreign Intelligence Surveillance Act of 1978, passed in the wake of Watergate and other intelligence abuses uncovered by the Church Committee. It allows the government to eavesdrop on any “foreign power or an agent of a foreign power” engaged in espionage or terrorism.

The act clarifies that although a U.S. citizen may be classified as an agent of a foreign power, he or she cannot be categorized that way “solely upon the basis of activities protected by the first amendment to the Constitution of the United States.”

More than a thousand applications for electronic surveillance, all signed by the attorney general, are submitted each year, and the vast majority are approved.

From 2009 to 2015, for example, more than 10,700 applications for electronic surveillance were submitted, and only one was denied in its entirety, according to annual reports sent to Congress. Another one was denied in part, and 17 were withdrawn by the government.

A very disturbing fact about the wiretapping request of President Trump is that the FISA Court turned down President Obama’s Administration’s first request to wiretap President Trump that was evidently signed off on by Attorney General Lynch. With only two known applications denied out of 10,700 from 2009 through 2015, the fact that the Obama Administration’s application was denied by the FISA Court is very disturbing. The odds of this happening were 0.02%.

Now we know that Carter Page was spied on by the Obama Administration and the information provided to the Court to spy on him was bogus. Read more at TGP.

Do you remember when the media went crazy when Trump suggested that Barack Obama ordered Trump Tower to be wire-tapped during the November 2016 election?

Here are the tweets (that turned out to be true) that ABC used to attack Trump.

How low has President Obama gone to tapp my phones during the very sacred election process. This is Nixon/Watergate. Bad (or sick) guy!