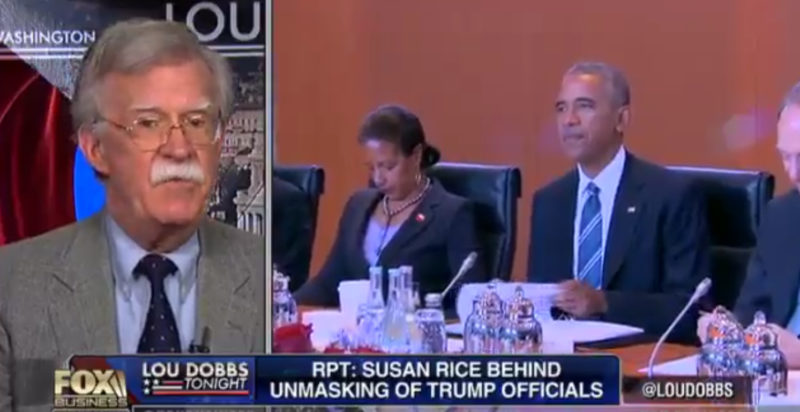 Will the ultimate Obama/Clinton lair finally be held accountable or not?

Ambassador John Bolton:  “This is stunning news. And you can’t, even somebody as senior as the National Security Advisor, can’t just decide they’d like to unmask names to find out whose name is involved in a particular intercept… If she said that even somebody as senior as her but her real motivation was political she was committing a kind of fraud on the intelligence gathering system and if she participated in that kind of fraud to help the political misuse of that intelligence she’s got serious legal problems here.”