This blows the democrat’s theory out the water too, doesn’t it? Will the rats will start spilling the beans soon just to cover their own butts?

DNC staffer Seth Rich was shot in the back several times while walking home late at night when he was only blocks from his home. Rich was on the phone with his fiancé when he was shot and left for dead. Seth Rich was hired by the Democrat Party as the official “voter expansion data director.” Although there is no confirmed connection yet, he was clearly privy to information that could potentially harm the Democratic Party, and more specifically Hillary Clinton’s chances of winning the election in November. More 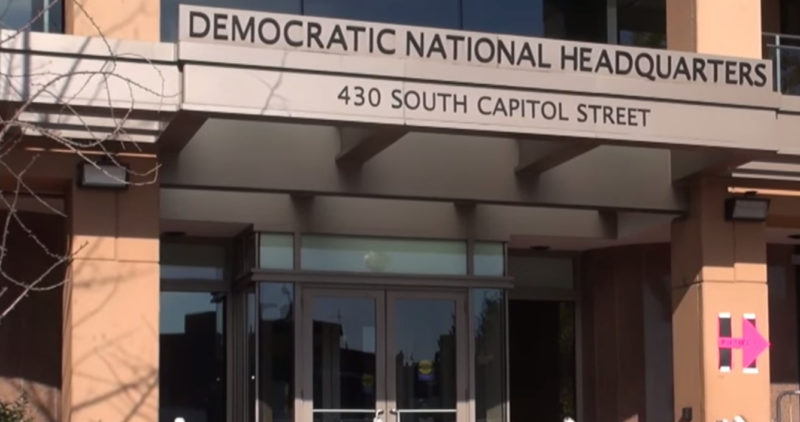 TGP: A mysterious IT specialist, who goes by the name The Forensicator, published a detailed report that appears to disprove the theory that the DNC was hacked by Russia.

The documents were copied on July 5th, five days before Seth Rich was murdered.

The Forensicator summarized the complex report into 10 bullet points.

The report as laid out by The Forensicator:

Based on the analysis that is detailed below, the following key findings are presented:

The most important aspect about the report is the “estimated speed of transfer (23 MB/s)” at which the documents were copied. It’s inconceivable DNC documents could have been copied at such speed from a remote location.

Importantly, The Forensicator concluded that the chance that the files had been accessed and downloaded remotely over the internet were too small to give this idea any serious consideration. He explained that the calculated transfer speeds for the initial copy were much faster than can be supported by an internet connection.

This is extremely significant and completely discredits allegations of Russian hacking made by both Guccifer 2.0 and Crowdstrike.

This conclusion is further supported by analysis of the overall transfer rate of 23 MB/s. The Forensicator described this as “possible when copying over a LAN, but too fast to support the hypothetical scenario that the alleged DNC data was initially copied over the Internet (esp. to Romania).” Guccifer 2.0 had claimed to originate in Romania. So in other words, this rate indicates that the data was downloaded locally,  possibly using the local DNC network. The importance of this finding in regards to destroying the Russian hacking narrative cannot be understated.

If the data is correct, then the files could not have been copied over a remote connection and so therefore cannot have been “hacked by Russia.”

The use of a USB drive would also strongly suggest that the person copying the files had physical access to a computer most likely connected to the local DNC network. Indications that the individual used a USB drive to access the information over an internal connection, with time stamps placing the creation of the copies in the East Coast Time Zone, suggest that  the individual responsible for initially copying what was eventually published by the Guccifer 2.0 persona under the title “NGP-VAN”  was located in the Eastern United States, not Russia.

During the presidential campaign, POLITICO reported what now appears to be a disproven story about Guccifer 2.0 hacking and releasing DNC documents:

The hacker persona Guccifer 2.0 has released a new trove of documents that allegedly reveal more information about the Democratic National Committee’s finances and personal information on Democratic donors, as well as details about the DNC’s network infrastructure.

“There’s one person who stands to benefit from these criminal acts, and that’s Donald Trump,” she said in a statement Tuesday night, adding that Trump has “embraced” Russian President Vladimir Putin and “publicly encouraged further Russian espionage to help his campaign.”

POLITICO then suggests Guccifer 2.0 hacked into the DNC:

If authentic, the documents would represent the latest strike from the mysterious hacker persona that has already roiled the 2016 election with leaks of documents stolen from the DNC and the House Democrat’s campaign arm, the DCCC. Earlier document dumps include the internal communications that forced the resignation of former DNC Chairwoman Debbie Wasserman Schultz this summer and fueled allegations of party bias against Bernie Sanders.

The bombshell report brings murdered DNC staffer Seth Rich back into focus, who many believe may have been the WikiLeaks source for the DNC emails.

Private investigators have claimed there is evidence Rich was the source WikiLeaks used to obtain thousands of DNC emails released on the eve of the party’s presidential nominating convention last July. The emails, indicating the party was manipulating the primary race in favor of Hillary Clinton, led to the resignation of former DNC Chairwoman Rep. Debbie Wasserman Schultz. On July 22, just 12 days after Rich’s death and days before the Democratic Party Convention in Philadelphia, WikiLeaks released 20,000 DNC emails.

Also as WND has reported, former detective Rod Wheeler was initially hired by Rich’s parents through a third party to find their son’s killer. Wheeler alleges former interim DNC chairwoman Donna Brazille contacted the Metropolitan Police Department demanding to know why he was “snooping” after Wheeler began investigating Rich’s murder. As a result, he said, law-enforcement authorities are now refusing to provide him with more details about the case.

In this interview with Julian Assange, he seems to suggest that Seth Rich was the source for the Wikileaks-exposed DNC emails and was then murdered: