All this “confession” stuff coming from Brazile is the very same woman who provided debate questions to Hillary Clinton prior to the Presidential debates. All she’s doing here is trying to make herself look better than Hillary. But she’s not doing a good job of it.

She, of course, was intimately involved with the cheating so it’s kind of hilarious now that she’s playing it off like she’s the hero of the piece. And perhaps it says something about what the Democrats are thinking of Hillary now that they are willing to throw her under the bus. –WZ 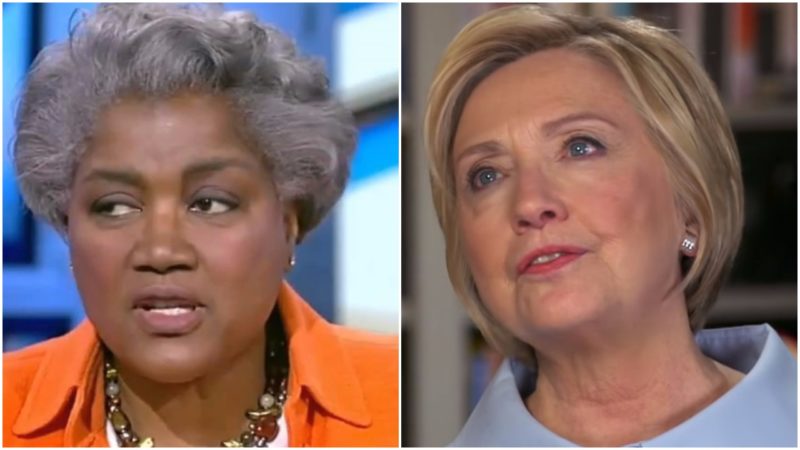 Before I called Bernie Sanders, I lit a candle in my living room and put on some gospel music. I wanted to center myself for what I knew would be an emotional phone call.

I had promised Bernie when I took the helm of the Democratic National Committee after the convention that I would get to the bottom of whether Hillary Clinton’s team had rigged the nomination process, as a cache of emails stolen by Russian hackers and posted online had suggested. I’d had my suspicions from the moment I walked in the door of the DNC a month or so earlier, based on the leaked emails. But who knew if some of them might have been forged? I needed to have solid proof, and so did Bernie.

So I followed the money. My predecessor, Florida Rep. Debbie Wasserman Schultz, had not been the most active chair in fundraising at a time when President Barack Obama’s neglect had left the party in significant debt. As Hillary’s campaign gained momentum, she resolved the party’s debt and put it on a starvation diet. It had become dependent on her campaign for survival, for which she expected to wield control of its operations.

Debbie was not a good manager. She hadn’t been very interested in controlling the party—she let Clinton’s headquarters in Brooklyn do as it desired so she didn’t have to inform the party officers how bad the situation was. How much control Brooklyn had and for how long was still something I had been trying to uncover for the last few weeks.

By September 7, the day I called Bernie, I had found my proof and it broke my heart. Read more at Politico.

The Democrats can’t even control their own party finances, but I’m sure they would be great working with the US economy… Right?