WOW! Brazile DISHES on Clinton’s Mysterious Illness: She Was So Sick When She Collapsed On 9/11 That Her Camp Didn’t Think She Could Recover (Audio)

We now know that Hillary was so sick that Donna Brazile and many others in her circle thought she wasn’t going to make it!

Anyone paying attention knew she was really sick, despite the media turning somersaults trying to ignore it.

Brazile says she was in New York with Hillary Clinton and urged her to “go get a doctor” right before she collapsed and was chucked into a van like a side of beef.

Brazile also admitted Hillary Clinton was ‘frequently under the weather’ and her camp didn’t think the video of Hillary collapsing was going to go viral. It did. 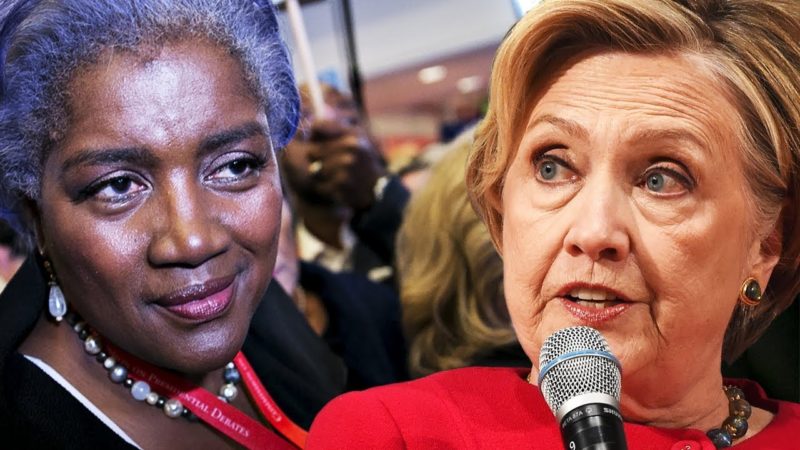 Hannity.com reported: “I was in New York with her, I could tell from her mannerisms just a few minutes before that she was under the weather. She wasn’t feeling good,” said Brazile. “I saw her on Friday night. She’s under the weather. What’s wrong? Tell me what’s wrong. Go get a doctor and make a good analysis.”

“I don’t think they knew at the time that video would go viral, and that video would tell a different story. And as a result of that video going viral, I had to make a very difficult decision,” she added. “I had to confer with people who were calling me about what if, what if. And luckily, we never got to that. But I did have to think through what if she did not recover.”

Donna Brazile was also horrified by Hillary’s physical appearance leading up to her fainting spell on 9/11, especially the way Clinton’s face looked.

Perhaps one of the most damaging and juicy tidbits Brazile has revealed is how severely ill Hillary Clinton was, (and still is) despite the media’s efforts to hide the truth.

Free Beacon reported: Brazile “noticed her face was puffy,” “her skin looked pale and papery,” and “her eyes were glazed.” She approached Clinton about her health before the speech and observed her to be “wobbly on her feet” with a “rattled cough” so bad Brazile suggested medical attention.

But we were the ‘conspiracy theorists’ for saying Hillary Clinton has major health problems. The fake news media fiercely worked to hide Hillary’s health problems, but thanks to alternative media and for the photographer who caught Hillary collapsing, we were able to get the truth out to the public.

Hillary collapsing and getting thrown into her Scooby mobile like a side of beef:

Hillary Clinton was also plagued with relentless coughing fits. She could barely make it through a few seconds of any given speech without coughing her brains out.

Or when she needed assistance walking up a few steps. Now we know…

BREAKING: Pro-ISIS Terrorist Who Tried to Blow Up NYC Bus Terminal Came To U.S. Through CHAIN MIGRATION Program Dems Are Fighting For

WOW! Brazile DISHES on Clinton’s Mysterious Illness: She Was So Sick When She Collapsed On 9/11 That Her Camp Didn’t Think She Could Recover (Audio)