This really is disgusting footage. I just don’t understand how people can watch this and act like the footage is fake. These people are straight up caught on camera doing the most heinous acts. Thanks for exposing Lamborghini woman Mary Gatter again. Hopefully, this President and the Justice Department will actually investigate further… unlike the previous administration. 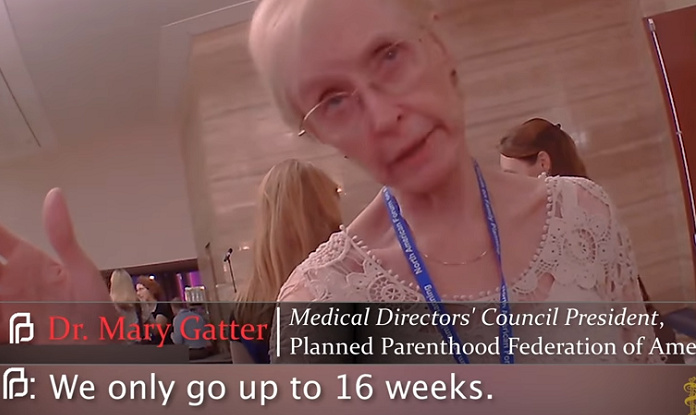 LN: Mary Gatter, the Planned Parenthood senior executive who infamously was caught on tape saying “I want a Lamborghini” while discussing and arranging the sale of body parts of aborted babies has been caught again.

In the prior video, Gatter discusses the pricing of aborted baby body parts — telling the biotech company officials that the prices for such things as a baby’s liver, head or heart are negotiable. She also tells the officials that she could talk with the Planned Parenthood abortion practitioners to potentially alter the abortion procedure to kill the baby in a way that would best preserve those body parts after the unborn child is killed in the abortion.

In this new video, Gatter is again caught haggling over per-specimen pricing for livers, lungs, and brains, even while insisting the purchaser must do all the work to harvest.

The video is the second of a never-before-seen batch of undercover footage being released by The Center for Medical Progress.

At a Planned Parenthood conference evening reception, CMP investigators posing as buyers from a biotech company are introduced to Dr. Gatter for the first time by Dr. Deborah Nucatola, Planned Parenthood Federation of America’s Senior Director of Medical Services.

“I did it in LA, I’m committed to it, I think it’s a great idea,” says Gatter to the purported body parts buyers. Discussing the number of abortions at her Pasadena clinic, Gatter asks, “What kind of volume do you need and what gestational ages?” More