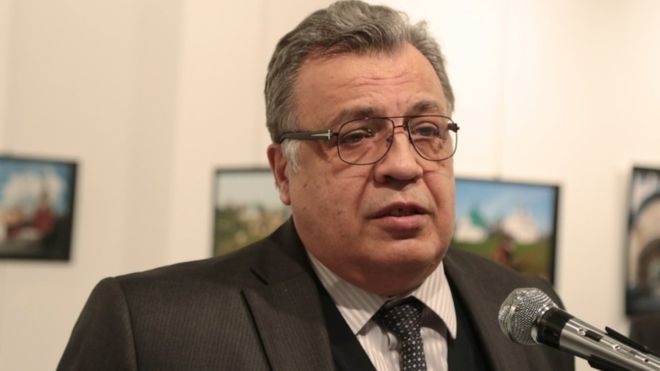 The Russian ambassador was not the only that was shot. There are reports of several other people being injured in the attack.

The Russian ambassador to Ankara, Andrei Karlov, has been shot and seriously injured while visiting a photo gallery in the Turkish capital.

Several other people were reportedly also injured in the attack, a day after protests in Turkey over Russia’s military intervention in Syria.

Mr Karlov was taken to hospital to be treated for his injuries.

According to Russian TV, the ambassador had been attending an exhibition called “Russia as seen by Turks”.

Mr Karlov was rushed to hospital.

Video of the event shows Mr Karlov making a speech when gunshots ring out. 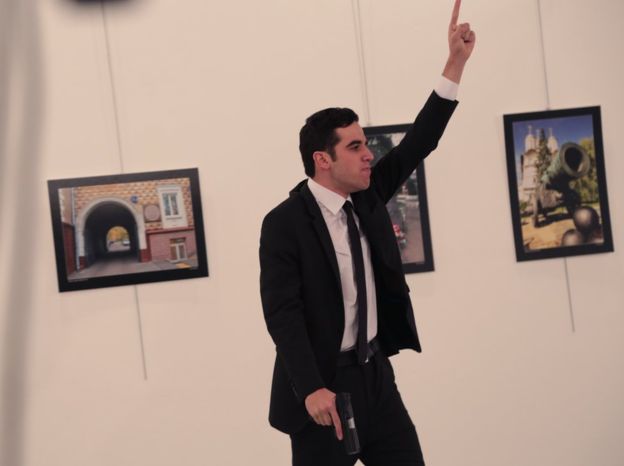 The camera pulls back to show a smartly dressed gunman, wearing a suit and tie, waving a pistol and shouting.

US state department spokesman John Kirby said US officials were aware of reports about the attack on the ambassador.

“We condemn this act of violence, whatever its source,” he said. “Our thoughts and prayers are with him and his family.”

While there were protests in recent days, on a political level the Turkish and Russian governments have been co-operating in the Aleppo ceasefire operation, the BBC’s Turkey correspondent, Mark Lowen, reports.

It is too early to know the motives of the attacker, who has not yet been named. Some reports say he entered the art gallery using a police ID card, our correspondent adds.