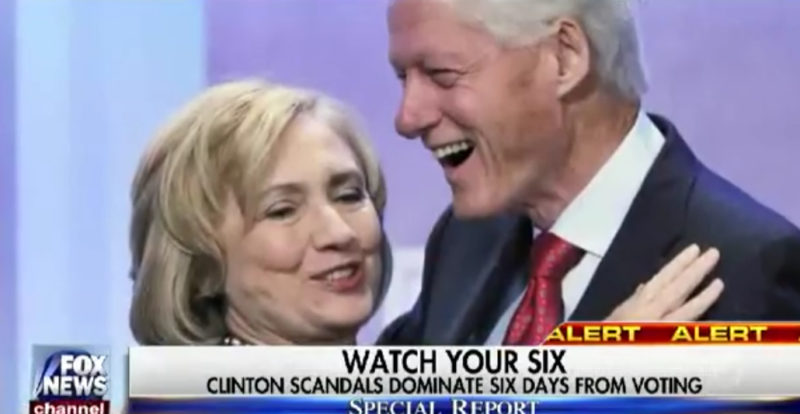 “We the People” are up in arms against a corrupt political establishment.

Bret Baier is a top journalist. If his sources tell him this, there is a good chance it’s really true. The fact Clinton is corrupt has become quite clear.

The investigation looking into possible pay-for-play interaction between Secretary of State Hillary Clinton and the Foundation has been going on for more than a year. Led by the white collar crime division, public corruption branch of the criminal investigative division of the FBI.

The Clinton Foundation investigation is a, quote, “very high priority.” Agents have interviewed and reinterviewed multiple people about the Foundation case, and even before the WikiLeaks dumps, agents say they have collected a great deal of evidence. Pressed on that, one sources said, quote, “a lot of it,” and “there is an avalanche of new information coming every day.”

Some of it from WikiLeaks, some of it from new emails. The agents are actively and aggressively pursuing this case. They will be going back to interview the same people again, some for the third time. – More