Flashback: Actress Says Weinstein Used Oprah to Lure Her to His Room #MeToo

Ha! Looks like Oprah‘s presidential campaign got derailed before it even began!

President Trump will eviscerate any presidential pretender just the way he did Hillary Clinton.

On Sunday night Oprah Winfrey lectured the nation and white males for the monstrous sexual abuse culture in Hollywood during her Golden Globes speech. 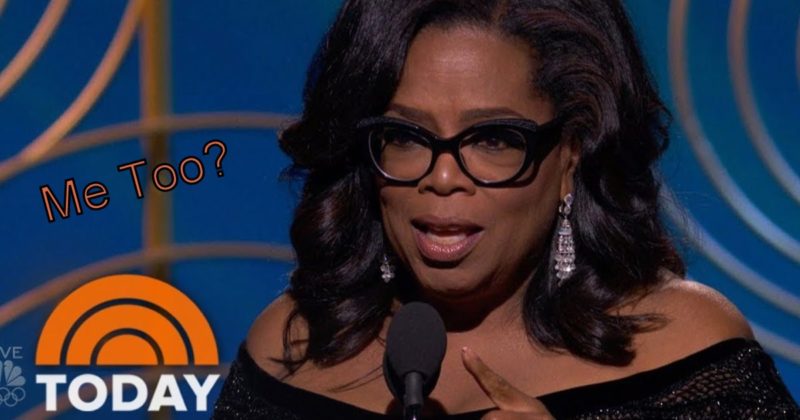 Most all of the men accused of abusive behavior against women in the past several months are liberal elites.

But it wasn’t that long ago that a British actress accused Weinstein and Oprah of persuading her to his hotel bedroom.

Although Weinstein faded from public view, Hollywood continued to implode.

Almost daily, new accusations against Hollywood celebrities surfaced and garnered headlines. It seems that no one is safe in the industry; with Matt Lauer being outed and exposed as a sick, deviant creep, it makes you contemplate what well-known and respected name will break next.

Noble claims that when she first met Weinstein at an event in London, she was overtly impressed because he was partying with model Naomi Campbell and had Oprah “swinging off his arm”. Noble recalled:

I thought, obviously, this man has something amazing in store for me…

Noble is the most recent in a long list of actresses and models who claim Harvey Weinstein either forced himself on them or coerced them into sex. After meeting Weinstein for the first time in London, Noble brought along her “show reel” to his hotel room when she met up with him again in Cannes in February 2014. During their second meeting, Noble alleges Weinstein used promises of career advancement to lure Noble to his hotel room, where he forced himself on her.

Instead of watching Noble’s reel, Weinstein allegedly began to touch her whilst discussing getting her connected with a modeling agency in London. The indecency ended in the bathroom where Weinstein allegedly made Noble perform sex acts in front of the mirror. Noble blames Weinstein for destroying her acting dreams and notes that he failed to help with her career as he had promised.

Bigger and bigger names keep dripping out, now with Oprah accused in the fray of Weinstein’s indecent behavior… Who’s next?

Flashback: Actress Says Weinstein Used Oprah to Lure Her to His Room #MeToo