Burlington College, Once Led by Bernie’s Wife, Closing Due to Debt 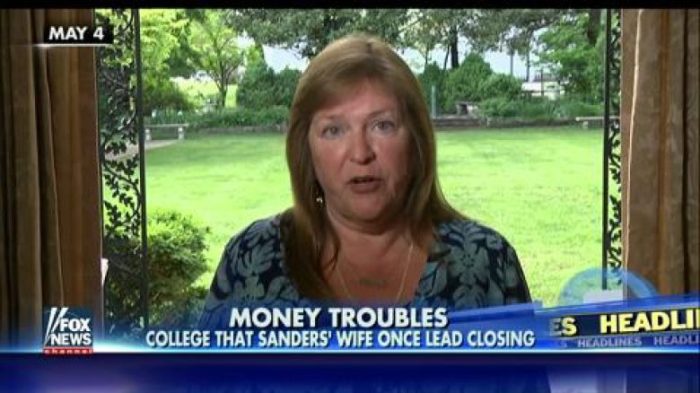 Burlington College, the small liberal arts institution that Bernie Sanders’ wife, Jane, once led, is closing because of financial difficulties.

Many of the schools debt problems arose during her tenure as president, most notably the 2010 purchase of land for a new campus using $10 million in bonds.

“These hurdles are insurmountable at this time,” Dean of Operations and Advancement Coralee Holm said in a statement. “It is with a great sense of loss to the educational community that Burlington College’s progressive and unique educational model will no longer be available to students.”

Jane Sanders became Burlington College’s president in 2004, leaving the post in 2011. Her husband’s campaign said there will be no comment on the school’s closure.

“There is no small irony to the fact that even as Bernie Sanders has made the crushing weight of student debt on many U.S. students a centerpiece of his campaign, the college his wife led has succumbed to its own crushing debt,” David A. Graham wrote in The Atlantic.

Abbott: Texas Won't Be An Accomplice To Iran's Terrorist Activity

Burlington College, Once Led by Bernie’s Wife, Closing Due to Debt