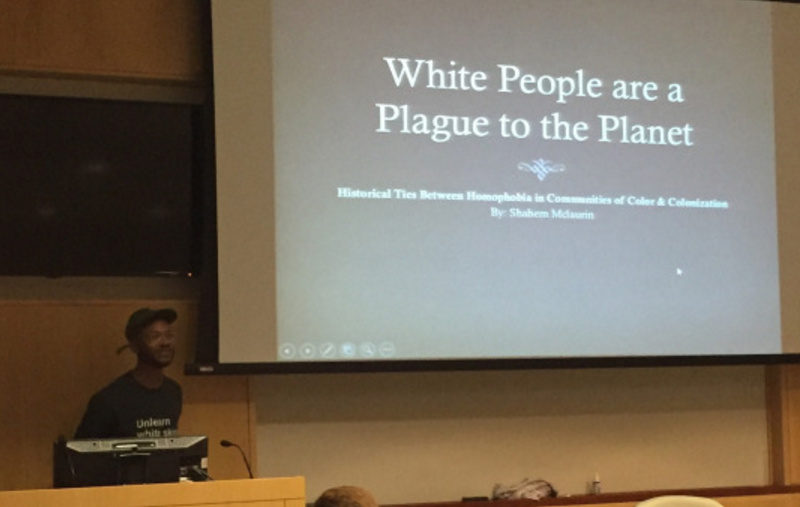 Political correctness, diversity policies, and multiculturalism are forms that have started the second betrayal of black freedoms in America.

For over forty years we have had a misguided government intervention in the lives of black people by allowing Democrats to keep on them on the welfare plantation and undermining their independence.

Could you just imagine the outcry if you flipped this scenario around?

An image featured on the list shows a young woman with the presentations, “White People Stay Colonizing,” while wearing a T-shirt that reads: “Make America Brown Again.” More 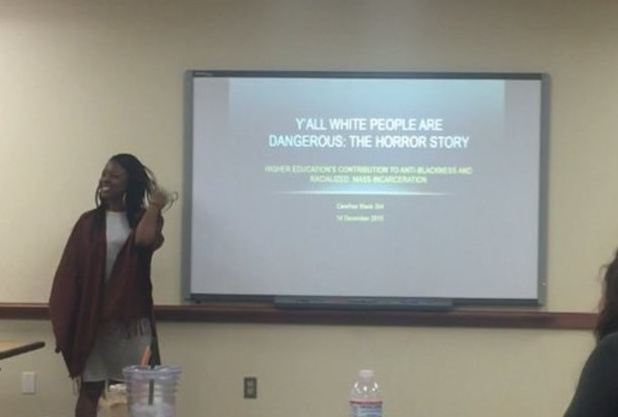