Speechless! CAIR Chief Compares Muslims In The U.S. To Jews During Holocaust 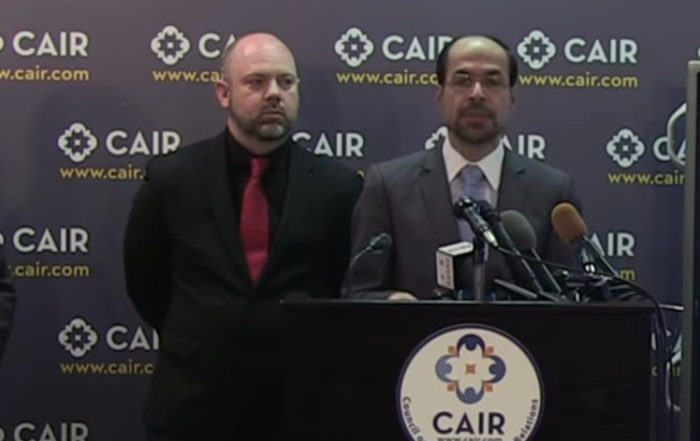 Should Trump and Sessions go after CAIR next and declare them a terrorist organization and shut them down?

The executive director of the Council on American-Islamic Relations warns against a “normalization of hate” in a speech at Wake Forest University.

Nihad Awad warned during a talk at Wake Forest University on March 23 that if left unchecked, false propaganda denigrating Muslims and other religious and racial minorities could lead to barbarity similar to the Holocaust in Nazi Germany, which resulted in the deaths of 6 million Jews, not to mention homosexuals, people with disabilities, Slavs, Roma and communists during World War II.

Awad is the executive director of the Council on American-Islamic Relations, a national organization dedicated to promoting understanding about Islam, defending civil rights and building coalitions with diverse groups. More

Dem Rep. Keith Ellison Calls For Uprising To “Take Back Our Government” From Trump

Speechless! CAIR Chief Compares Muslims In The U.S. To Jews During Holocaust