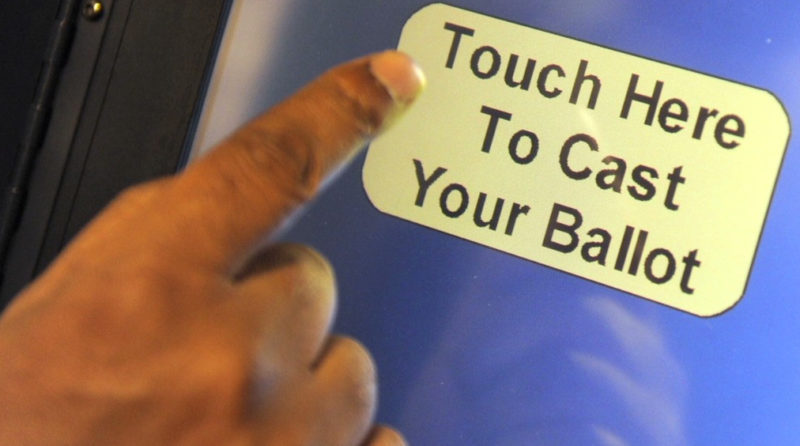 “Calibration error” sounds just like a ready-made excuse in case someone got caught.

Early voting in Illinois got off to a rocky start Monday, as votes being cast for Republican candidates were transformed into votes for Democrats.

“I tried to cast a vote for myself and instead it cast the vote for my opponent,” Moynihan said. “You could imagine my surprise as the same thing happened with a number of races when I tried to vote for a Republican and the machine registered a vote for a Democrat.”

The conservative website Illinois Review reported that “While using a touch screen voting machine in Schaumburg, Moynihan voted for several races on the ballot, only to find that whenever he voted for a Republican candidate, the machine registered the vote for a Democrat in the same race. He notified the election judge at his polling place and demonstrated that it continued to cast a vote for the opposing candidate’s party. Moynihan was eventually allowed to vote for Republican candidates, including his own race. More