Should President Trump defund all of CA schools? They are putting illegals ahead of actual American citizens and it is very disturbing. We need to immediately train many, many ICE agents and send them all to California. 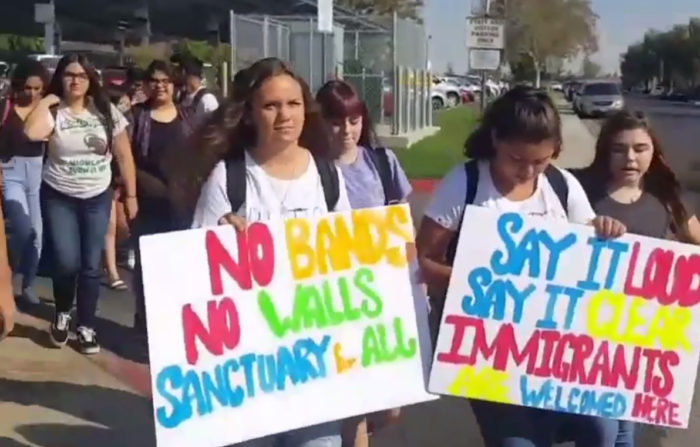 100%FedUp: California just announced an agreement to provide $30 million for DACA recipients, including $10 million in financial aid for college. Once again, illegals come first in the state of California. Does this not send a message incentivizing more illegals to across the border? The funding is in response to President Donald Trump’s recent decision to rescind the Obama-era program:

asmdc: Speaker Anthony Rendon (D-Lakewood): “The new funding for DACA services we are adding to the budget will provide answers and help young Californians stay in the only country they’ve ever known. Donald Trump may love chaos. These kids don’t deserve it.”

The financial support for DACA recipients will come from $20 million in additional funding for immigration legal services under the One California program. This new funding will be specifically targeted to assist DACA recipients.

An additional $10 million in financial aid for Dreamers will be broken down as follows:

“We will not let one man with xenophobic tendencies undercut years of progress we have made in California to integrate these young adults into our society and economy,” remarked Senate President pro Tempore Kevin de León, who is also a Democrat. “California is their home and they are our future.”

The University of California, whose system president Janet Napolitano recently announced plans to sue the Trump administration over its DACA decision, thanked Brown for his support.

“They embody the American Dream and represent the best of our country,” Napolitano’s office stated in a press release. “The University is thankful and confident that this additional state funding will help our Dreamers achieve their ambitious educational goals.”

Screwing over LEGAL American taxpayers in the process!