Governor Moonbeam is nuts, he only cares about his legacy. This whole agreement was about money.

The earth is always changing and man can not change it and if he tries there will be unattended consequences.

The state’s governor, Jerry Brown, has also suggested it could launch its own satellites to monitor climate change. 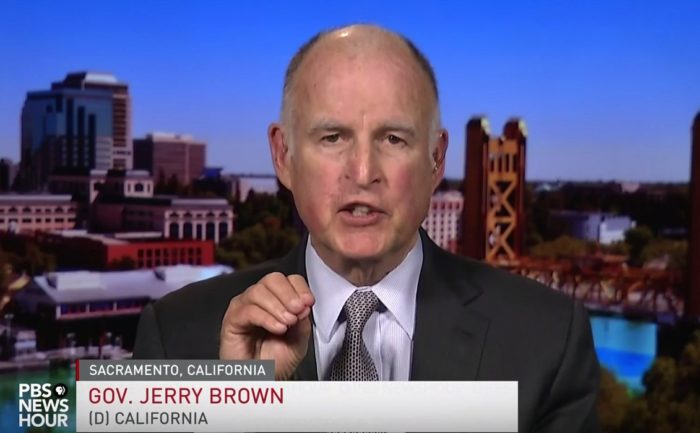 The Independent: California is to seek its own “international” agreement on climate change with China, the state’s governor has suggested.

Jerry Brown, who previously signaled the west coast state was “ready to fight” Donald Trump over the issue, said he would discuss merging China’s and California’s carbon trading markets on a visit to Beijing.

Carbon trading, also known as cap-and-trade, is seen as an important mechanism for driving down greenhouse gas emissions and California’s market is already linked to the one in Quebec, Canada.

Essentially large sources of carbon are given a cap on emissions, beyond which they cannot go unless they buy an allowance. The allowances are sold by companies that reduce emissions below their cap, creating a double incentive to make cuts. More