Yes, it’s so easy to criticize America for trying to secure our border until the problem becomes yours and you must deploy military troops.

Canada should start planning on their welfare rolls to swell and to add a few terrorist incidents to their calendar.

Miami Herald: Canada has sent about 100 soldiers to a remote spot on the Quebec-New York border where asylum seekers are crossing illegally. 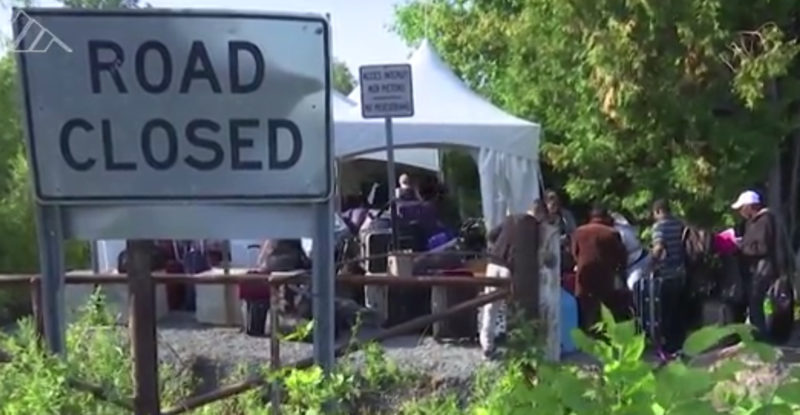 The Canadian military said in a statement Wednesday that the soldiers will help the Royal Canadian Mounted Police and the Canada Border Services Agency at the site.

They are preparing a place for tents that can hold almost 500 people. They will also install lighting and heating equipment.

The military says the soldiers won’t play a role in security and won’t be helping with law enforcement.

The military says that once the site is completed, only a few will soldiers will stay behind. The rest will go back to their home base. More

Obama Regime Knew About North Korea’s Miniaturized Nukes In 2013... But Downplayed The Seriousness