Whoop! Way to go Ben Carson.  Thank you for keeping up the good fight against the Obama era corruption. Section 8 housing is riddled with many problems. Hopefully, he can continue to chip away at them by keeping his nose to the grindstone and his eyes on his objective.

100%FedUp: After his reelection in 2012 Obama removed the bidding process from section 8 housing. Obama then schemed to provide HUD initiated grants to their “pet” organizations. After lawsuits and ultimately with the Supreme Court rebuking the grant-style process, HUD Secretary Ben Carson is bringing back the more efficient bidding process that also saves taxpayer dollars. Great job Dr. Carson! 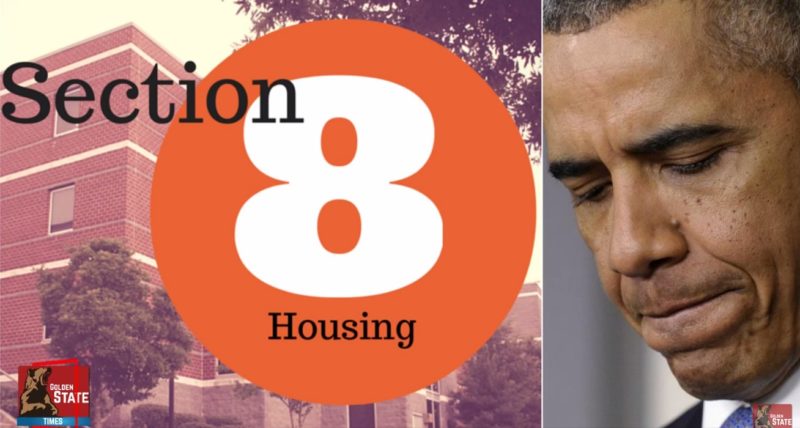 The Department of Housing and Urban Development is poised to reverse the Obama administration’s policy and return to a competitive bidding process to award Section 8 housing, according to a well-placed source in the department.

The move would overturn the Obama-era methodology of using a grant-style process that was rebuked by administrators and ultimately the U.S. Supreme Court.

The HUD official said many of the steps necessary to change back to the competitive procurement method are being taken now, but didn’t want to comment on when the announcement from the department might happen for fear of tainting the bidding process.

Supporters of the competitive bidding procurement process say the net result will increase efficiency in the program and save taxpayer money. And Republican lawmakers that have been critical of HUD’s actions in the past are applauding the change in course as well.

“When dealing with performance-based Section 8 contract administrators, it’s clear that full and open competition is the way to get the best value for the taxpayer,” said Rep. Mario Diaz-Balart, R-Fla. “As Chairman of the Housing Appropriations Subcommittee, I have repeatedly insisted both publicly and privately that HUD follow Congressional intent, the GAO, and the Supreme Court.”

Diaz-Balart is one of a small handful of elected officials who put pressure on HUD and then-Secretary Julián Castro during the years in which HUD ignored findings that their grant process was illegal.

Contractors who had previously gained HUD’s business under the bidding process appealed to the Government Accountability Office in 2012, just months after HUD changed course. And by August of that year, the GAO ruled that HUD’s actions were “unreasonable and in disregard of applicable statutory guidance.”

Undeterred, HUD pressed forward with their choice, which then made them the target of a lawsuit. From that point, HUD lost an embarrassing string of rulings which culminated in the U.S. Supreme Court denying to hear an appeal from the agency in April of 2015.

Despite all those rulings, HUD didn’t budge. But the Trump administration is now set to return to the previous methods.

Eric Strong is the CEO of Navigate Affordable Housing Partners, a company that has won HUD Section 8 contracts in the past under the competitive system. He’s also publicly lobbied HUD to change back to the performance based contracting method.

“All we’ve ever wanted was fair and open competition because we know it results in the best financial situation for the taxpayer and also will result in better housing for the residents who live in those [Section 8] units,” Strong told the Washington Examiner.