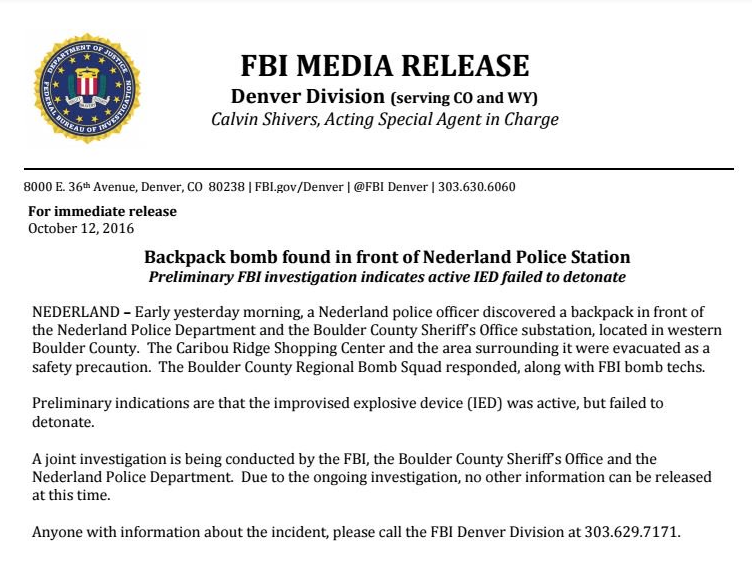 Why is there no media coverage on this bomb in front of this police station? Is the media only covering stories that involve black shooting victims?     Daily Camera: Nothing seemed out of the ordinary at Nederland’s Caribou Ridge Shopping Center on Wednesday afternoon — at least on

Just because Cinemark can recover their legal fees doesn’t mean they should.. Haven’t these people suffered enough already? The Denver Post: Cinemark, the company that owns the Aurora cineplex where 12 people were murdered in 2012, is seeking nearly $700,000 from several victims of the attack who unsuccessfully sued the theater