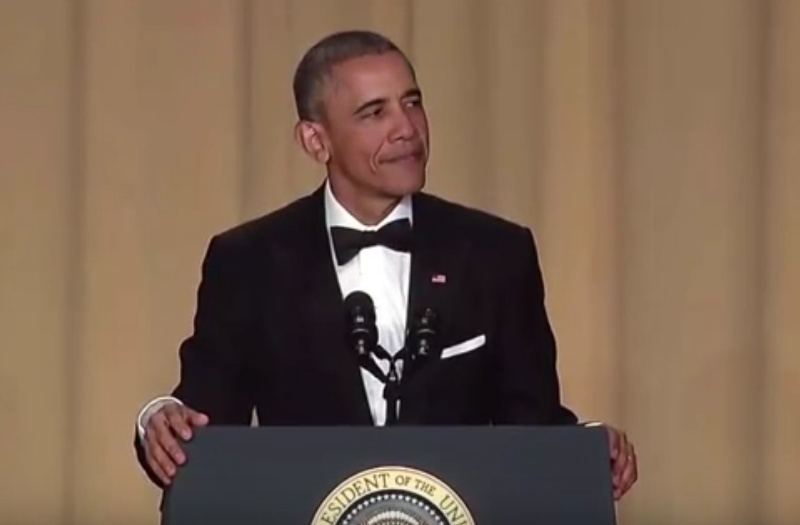 Obama skewered a bad joke told by New York Mayor Bill de Blasio and Democratic candidate Hillary Clinton in which the politicians, who are both white, poked fun at “CPT.” “Sorry Hillary, I was running on C.P. time,” de Blasio told Clinton when she criticized him for taking a long 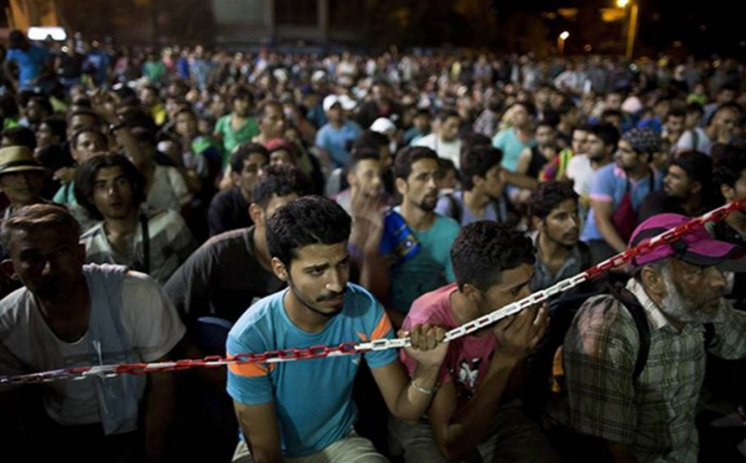 If only Obama had worked as hard for Americans as he has for Mexicans and Muslims….   Fox News: The Obama administration appears to be bowing to international pressure and pursuing under-the-radar “alternative” ways to bring in more Syrian and other refugees — as soon as this year.   The latest 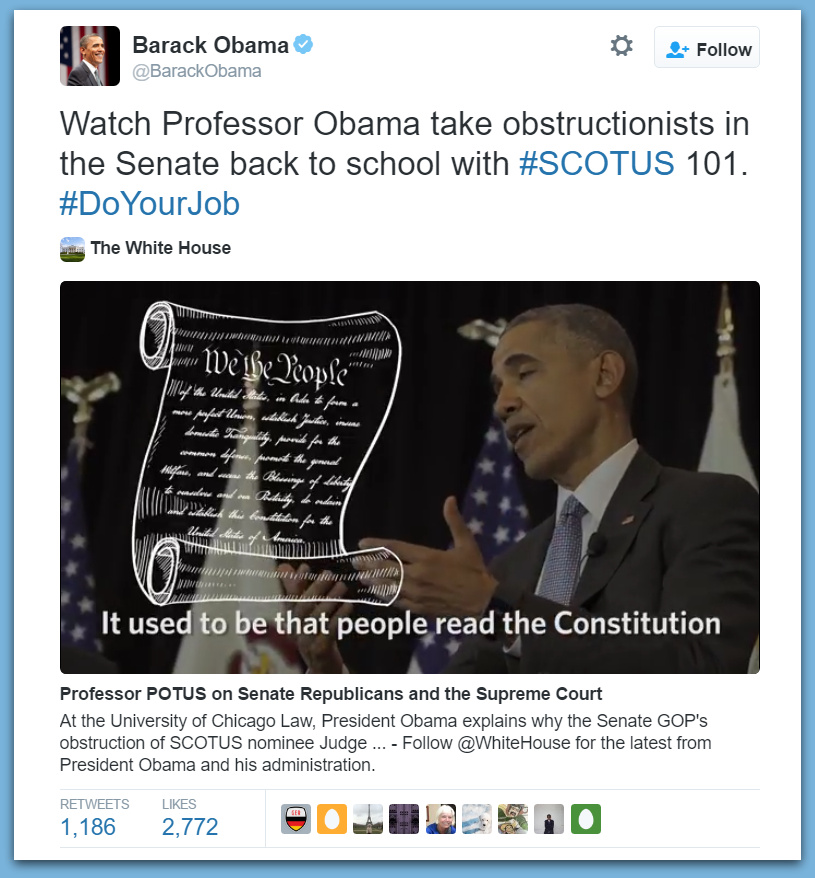 White House: “Professor Obama Take Obstructionists In The Senate Back To School”

Because he is the smartest man in the world, or something… Getting talked down to by this administration is getting really old!   Watch Professor Obama take obstructionists in the Senate back to school with #SCOTUS 101. #DoYourJob https://t.co/GaN9kDsQIp — Barack Obama (@BarackObama) April 27, 2016 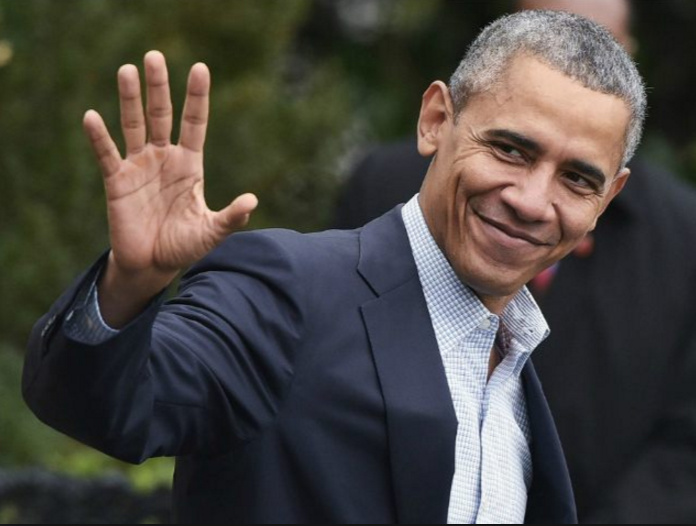 Liberals still think a wall is not necessary & it’s racist. This is why we need a really big wall. All is going according to the Obama plan… the invasion & transformation of America. Open borders and unlimited welfare is literally suicide of a country.   Breitbart Nearly 18,000 illegal aliens were apprehended by Border 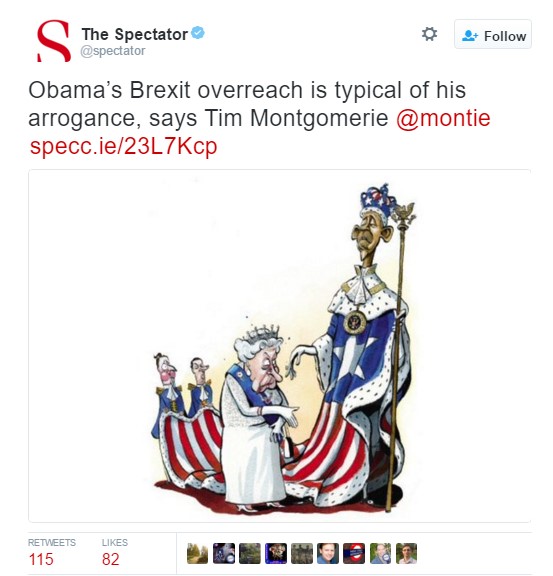 Obama just wants to be king of the world… That’s all.   Via The Sun: BARACK Obama was last night accused of voter blackmail by threatening to put Britain “at the back of the queue” for a trade deal if we Brexit.   The US president issued the extraordinary warning