Wow. Officials feared the statues of Jesus and Mary were alienating people. Have they gone completely mad? Catholic schools have always permitted non-Catholics to attend their schools. But to remove symbols of faith because of this? If people have an issue, no one is forcing them to attend.

Free Beacon: An independent K-12 Catholic school in the San Francisco Bay Area has removed religious statues from its campus in order to appeal to those of other faiths. 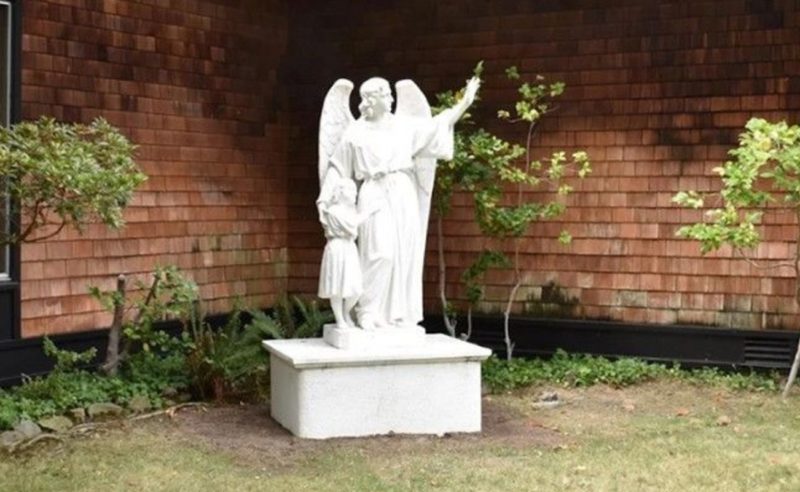 Parents and alumni are concerned about San Domenico School’s decision to remove a number of statutes and religious icons, especially those of Jesus and Mary, the Marin Independent Journal reported.

“Articulating an inclusive foundation appears to mean letting go of San Domenico’s 167-year tradition as a Dominican Catholic school and being both afraid and ashamed to celebrate one’s heritage and beliefs,” wrote parent Shannon Fitzpatrick in an email to school decision makers. More

MarinIJ: Removal of a number of statues and other smaller Catholic icons from the campus of San Domenico School in San Anselmo has raised concerns among some parents.

In an email to the school’s board of directors, Dominican Sisters of San Rafael and the head of school, Shannon Fitzpatrick objected to the removal of the statues and other steps the school has taken in an effort to make the school more inclusive.

“Articulating an inclusive foundation appears to mean letting go of San Domenico’s 167-year tradition as a Dominican Catholic school and being both afraid and ashamed to celebrate one’s heritage and beliefs,” wrote Fitzpatrick, whose 8-year-old son attends the school.

Responding to follow-up questions Monday, Fitzpatrick wrote, “There are other families having the same concerns I do. Many parents feel if the school is heading in a different direction then the San Domenico community should have been notified before the signing of the enrollment for the following year.”