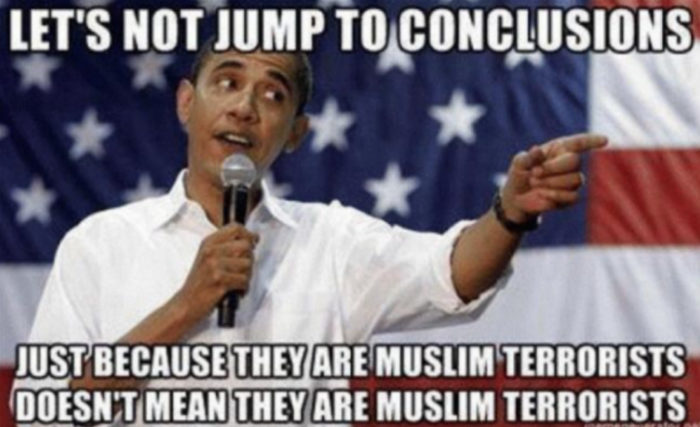 President Donald Trump is basically baiting the lamestream media into reporting on all of these Islamic terrorist attacks yet again. Liberals really hate it too. They’d much rather believe that conservative Christians are the source of all the dangerous terrorism in the world, instead of admitting the truth it’s really Islamist committing all the terrorist attacks.

The Trump White House was right.

CBS News admitted they did not cover 24% of the terrorist attacks – at all.

The White House prefaced its Monday evening release with a statement saying that, since the Islamic State of Iraq and Syria (ISIS) declared its caliphate in 2014, “There has been a major attack targeting the West executed or inspired by the group more than once every two weeks.”

“Most have not received the media attention they deserved,” the White House added, although many of the attacks were covered by the media.

CBS News covered, in some cases heavily but at least to some extent, more than 74 percent of the attacks on the list.

The Trump White House on Monday released a list of 78 terror attacks the press did not adequately cover.

The media covered several of the attacks but typically downplayed the Islamic factor in the deadly attacks.