Screenshot shows holster on his right leg & what appears to be a gun in his hand… Charlotte Police released the body and dash cam footage in the Keith Lamont Scott shooting investigation. You can see them both below. The ankle holster must be where he was keeping his koran. 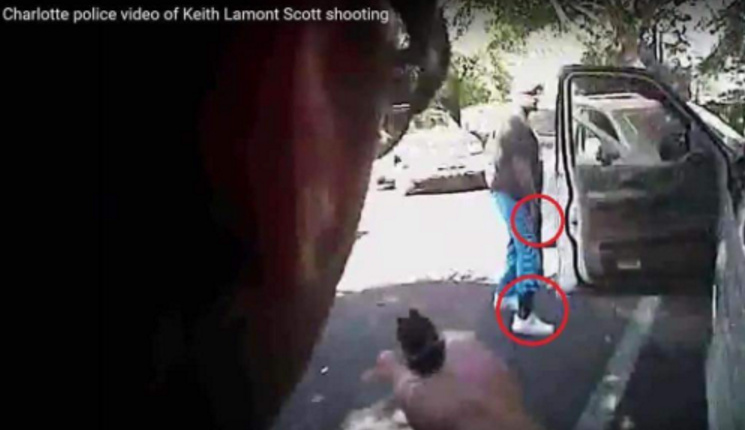 CMPD has released the body and dash cam footage in the Keith Lamont Scott shooting investigation.  The video was released days after protesters demanded that the footage be made public.

Scott’s wife released cell phone footage she captured in the moments leading up to the shooting on Friday.  That video can be seen HERE.

Complete coverage of the shooting death of Keith Lamont Scott and the protests following his death can be viewed HERE.

The shooting was reported Tuesday afternoon just before 4pm on Old Concord Road near Bonnie Lane and John Kirk Drive.

Police say officers with the Metro Division Crime Reduction Unit were searching for a suspect with an outstanding warrant on him at The Village at College Downs. More