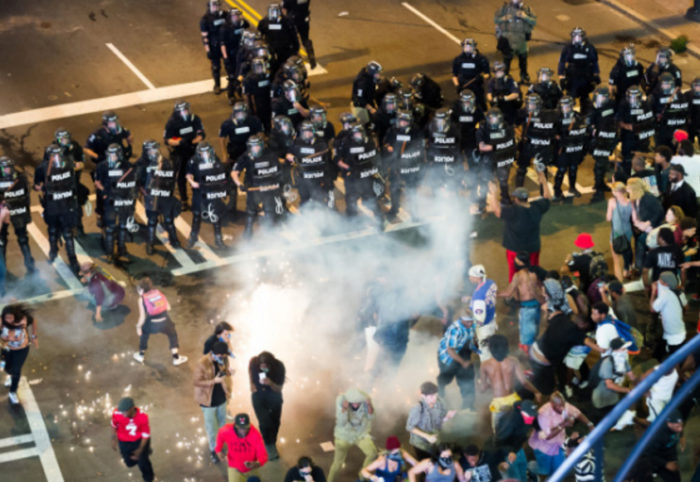 The Charlotte rioters didn’t even know the guy’s name. It’s not about what the truth is, or even the deaths they’re just convenient excuses, it’s all about the chaos, the damage, the destruction, and the fear. All produced for the benefit of a political agenda.

NY Post: The Charlotte rioters didn’t know whether the controversial police shooting of Keith Scott was justified, and didn’t care.

They worked their mayhem — trashing businesses and injuring cops, with one protester killed in the disorder — before anything meaningful could be ascertained about the case except that the cops said Scott had a gun and his family said he didn’t.

Charlotte is the latest episode in the evidence-free Black Lives Matter movement that periodically erupts in violence after officer-involved shootings. The movement is beholden to a narrative of systematic police racism to which every case is made to conform, regardless of the facts or logic.

It doesn’t matter if the police officer is an African-American with an unblemished record and numerous character witnesses. This describes Brentley Vinson, the officer who fatally shot Keith Scott.

It doesn’t matter if the victim disobeys the police in a tense situation and acts in a potentially threatening manner. Despite cops with guns drawn yelling orders at him (and his wife shouting, “Don’t you do it”), Scott exited his vehicle and approached officers without raising his hands. More