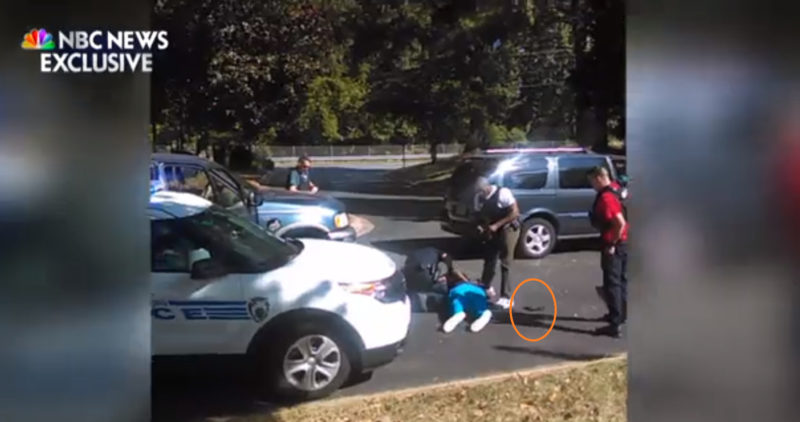 So he was warned multiple times. No surprise he got shot. Compliance would probably end over 95% of these shootings. Worst yet, a man lost his life protesting.

There appears to be something on the ground, then it was kicked away by the officer standing over the body towards the end of the video. Any guesses what that might be?

The footage, taken by Scott’s wife, does not clearly show the exact moment he was shot by police on Tuesday. Scott is seen on the ground surrounded by police officers moments after the shots were fired.

The killing of Scott, 43, sparked three nights of fiery protests and violent clashes between protesters and law enforcement. Activists and the Scott family have pressed city officials to release bodycam or dashcam footage of the fatal encounter. More