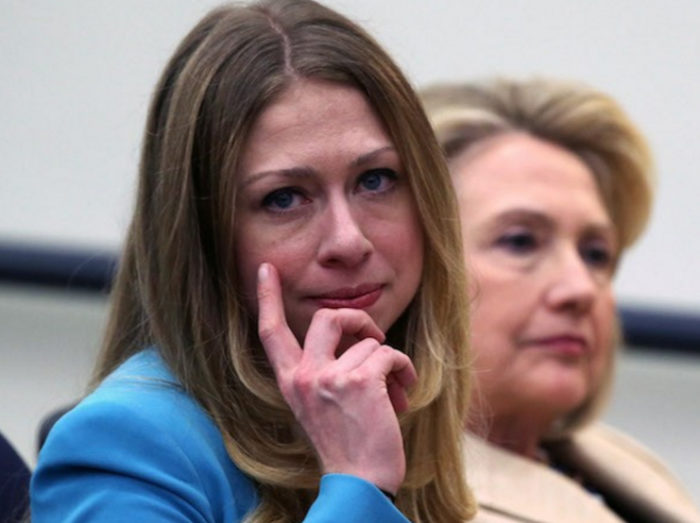 “As they say, the apple doesn’t fall far.”

The entire Clinton family treats people like trash. This is the kind of behavior you should expect from someone who was brought up to believe she is ‘royalty’ and everyone else in the world is beneath her.

A close aide to Bill and Hillary Clinton referred to their daughter Chelsea as a backstabber and added that the “apple doesn’t fall far,” hacked emails released by WikiLeaks show.

Doug Band, who helped create the Clinton Global Initiative, received an email from Chelsea Clinton on January 27, 2012, passing on praise that she had received dealing with CGI.

“Hi Doug and Justin–Just met Clark Winter on our BA flight and he had terrific things to say about Dad and you Doug and CGI generally and it was nice to hear as ever so I wanted to pass along,” she wrote “Sorry for brevity. We’re taking off. Hope alls well in Davos Justin. Chelsea.”

Band forwarded the email to Cheryl Mills, another longtime Clinton aide, and John Podesta, now Hillary Clinton’s campaign manager whose email account is the one that was hacked. Band said he receives emails such as this one from Chelsea regularly before calling her a backstabber, adding that the “apple doesn’t fall far.” More