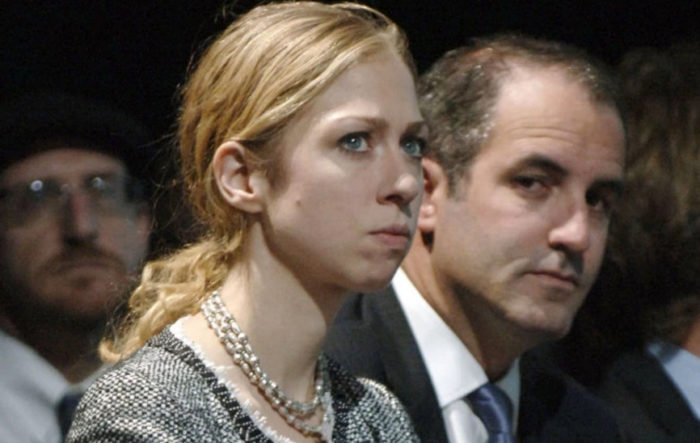 There have been so many accounts, written and verbalized about Hillary being a vulgar banshee and how she allowed her spawn to mimic her.

On the heels of last night’s second presidential debate, Wikileaks released a trove of conversations from the inbox of Hillary Clinton’s campaign chairman this morning.

The new exchanges show that Band and his boss’ daughter didn’t always see eye to eye.

In a conversation from November 2011, which is when Chelsea Clinton stepped up to play a greater role in the Clinton Foundation, Band goes off about the former first daughter to Podesta and Cheryl Mills, Hillary Clinton’s chief of staff at the State Department.

Because of Band’s close relationship with President Clinton, having worked his way up from White House intern, to body man to a more senior adviser role – similar to Huma Abedin’s relationship with Hillary Clinton – Band and Chelsea Clinton were seen to almost have a sibling rivalry.

‘She is acting like a spoiled brat kid who has nothing else to do but create issues to justify what she’s doing because she, as she has said, hasn’t found her way and has a lack of focus in life,’ Band wrote of Chelsea Clinton, identifying her by her initials ‘CVC’ higher up in the email. More