Chelsea Gets Triggered: Wonders If Lincoln #MAGA Hat Is Photoshopped 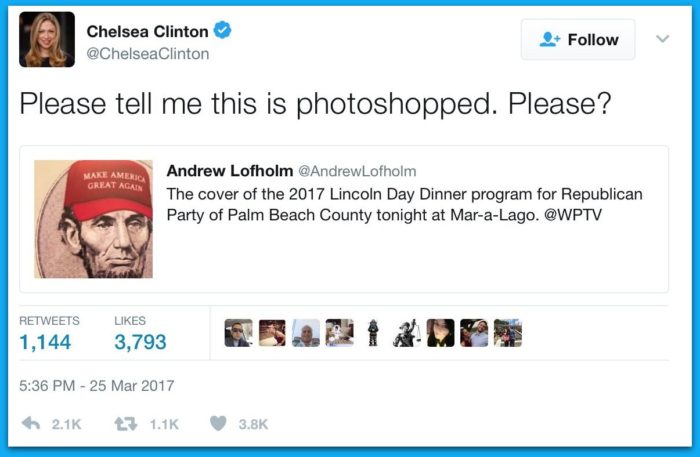 Chelsea Clinton is the future of the Democratic Party?

Mental genius Chelsea Clinton made a complete a$$ of herself once again this past weekend. Someone really needs to keep her away from the computers without supervision. 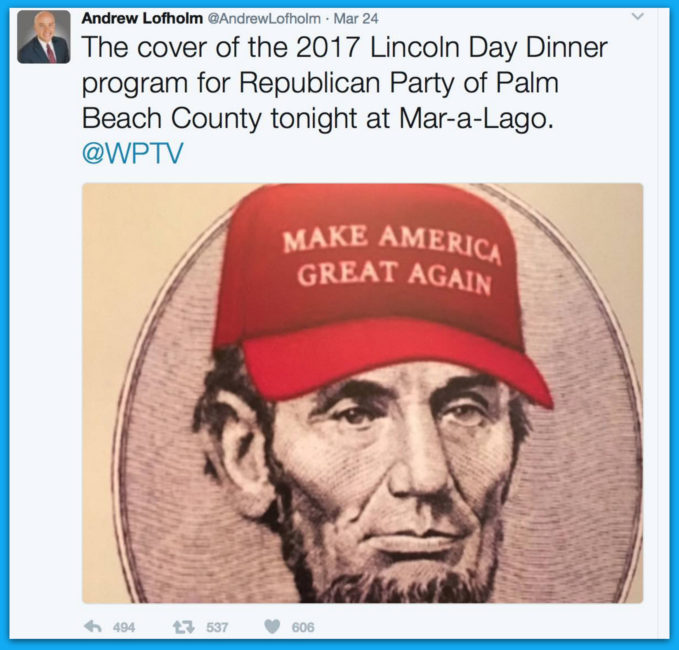 The Republican Party of Palm Beach County put President Lincoln in a #MAGA hat this year for its Lincoln Day Dinner.

An alarmed Chelsea Clinton, a graduate of Oxford University, asked her followers if the image was photoshopped!

What a dunce. The responses to Chelsea’s tweets were EPIC!

“No, this is the exact hat Lincoln was wearing when he signed the Emancipation Proclamation. People forget that.”

“Nope, Lincoln was wearing that exact hat at the Theater.”

“Nope, they found a picture of Lincoln wearing a MAGA hat from the nineteenth century. No photoshop needed.”

“I remember this photo was taken at the 1856 Republican National Convention and is real.”

“It’s as real as those Bosnian snipers.”

Chelsea Gets Triggered: Wonders If Lincoln #MAGA Hat Is Photoshopped