Chelsea Clinton should just stop tweeting, every time she does she ends up putting her foot in her mouth…

It is just amazing to see how tone deaf Clinton 2.0 really is. She couldn’t see the irony of her posting about that subject, tells us everything we need to know about what is between her ears.

TB: Chelsea Clinton was widely mocked on Twitter Saturday after tweeting a link about a Girl Scouts program that helps children, whose mothers are in prison, have regular visits with their mothers. 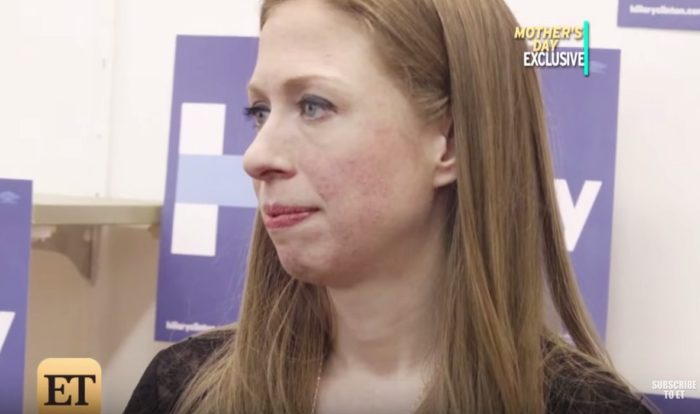 Inside a Girl Scout Program That Brings Kids to Prison to See Their Moms https://t.co/I4SV5ZoyDw

The Time Magazine story profiles a Girl Scout troop, Troop 1500, based in Austin, Texas. On the third Saturday of each month, they take a two hour trip to a prison where many of the young girl’s mothers are incarcerated.

While there, the young girls and their mothers are able to spend quality time together in a room that resembles a classroom more than it does a prison.

The program has been dubbed “Girl Scouts Beyond Bars” and it began in Maryland in 1992, according to Time. Although it’s not clear how many families the program has helped over the years, Time reported that more than 150 young girls in the Lone Star State have benefited from the program, which also offers counseling to the young girls. More

Thank GOD THIS is all that remains of the Clinton DYNASTY………. pic.twitter.com/IPTEdAbshK

CNN Admits Mueller's Investigation Of Trump is Going Too Far