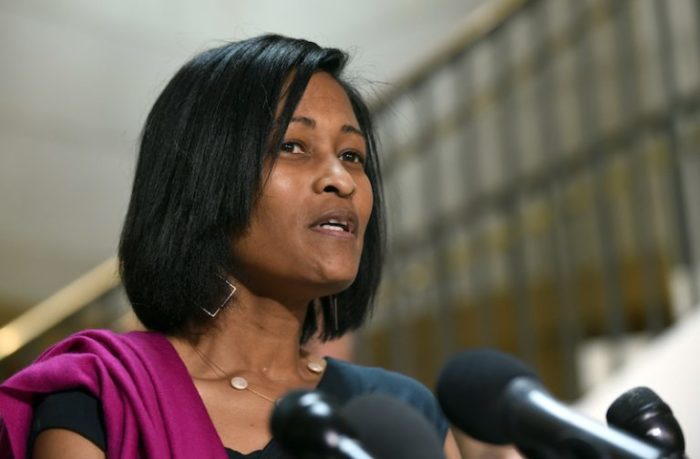 Why did no one intervene in the conflict of interest with Cheryl Mills holding a key role in The Clinton Foundation and being Chief Of Staff?

While she was Hillary Clinton’s chief of staff at the State Department, Cheryl Mills also played a central role in the operation of the Clinton Foundation, in apparent violation of conflict of interest laws, and contrary to her sworn statements to congressional investigators.

That is the picture painted in emails to and from Clinton campaign chairman John Podesta, released by Wikileaks in October. The hacked emails confirm earlier allegations, first made by NLPC, about Mills’ dual allegiances. The emails were first detailed in an October 12 Daily Mail story by Alana Goodman.

NLPC Chairman Ken Boehm told the Daily Mail, “The new revelations in the latest Wikileaks email disclosure prove Cheryl Mills worked extensively with the Clinton Foundation, their Board, President Clinton, and Chelsea Clinton while at the same time working in a role at the State Department that appears to have created a serious conflict of interest.”

According to the emails, Mills was the architect of a reorganization of the Clinton Foundation in 2012 after it was the subject of negative media attention. Mills also mapped out a new structure for a for-profit entity called Teneo, as well as Bill Clinton’s paid speech-making operation.

Mills’ involvement in Bill’s speaking business is particularly striking because she was the State Department official designated to vet his speaking engagements for conflicts of interest.

The emails also confirm that Mills was not honest with congressional investigators preparing for hearings on the Benghazi episode. During an eight-hour deposition in September 2015, where Mills answered questions under oath, she was asked directly about the Clinton Foundation. She stated that she was serving on the Clinton Foundation board at that time, and did so “before I went into the State Department.” She simply left out her actions revealed in the Podesta emails. More