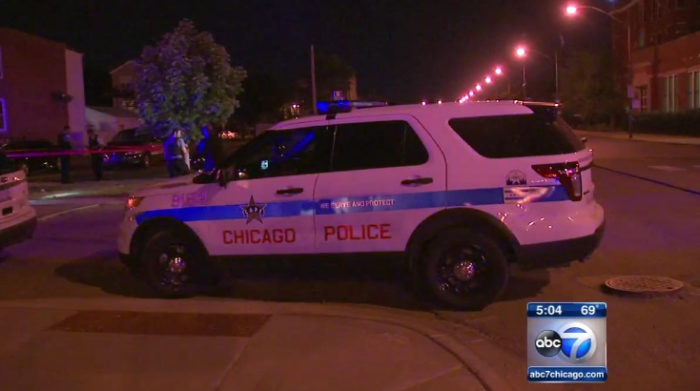 The Democrat’s gun free utopia… RIP Chicago. The Liberals can lay claim to their creation.

Chicago police say they are increasing the number of officers on foot and bike patrol and more officers working overtime will concentrate on hot spots this holiday weekend.

Chicago Police Superintendent Eddie Johnson says he is using every tool he has this Independence Day weekend.

“CPD will not tolerate violent behavior and if you choose to put others in danger for your own actions, you will feel the full weight of CPD and our partners in law enforcement,” Johnson said.

More than 5,000 uniformed and plain clothes police officers will flood the city. They will be out where big groups of people will be such as Navy Pier, baseball games and city parks.

“Beginning tonight and through the weekend, expect to see a larger police presence throughout the city, especially at Navy Pier, on the lakefront in parks, CTA stations and on city streets,” Johnson said.

The Illinois State Police are also supporting the effort with aircraft patrolling the roadways and strict DUI enforcement. More