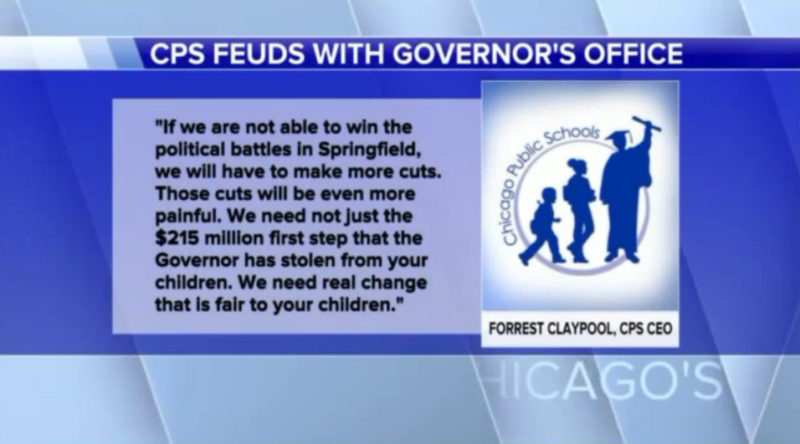 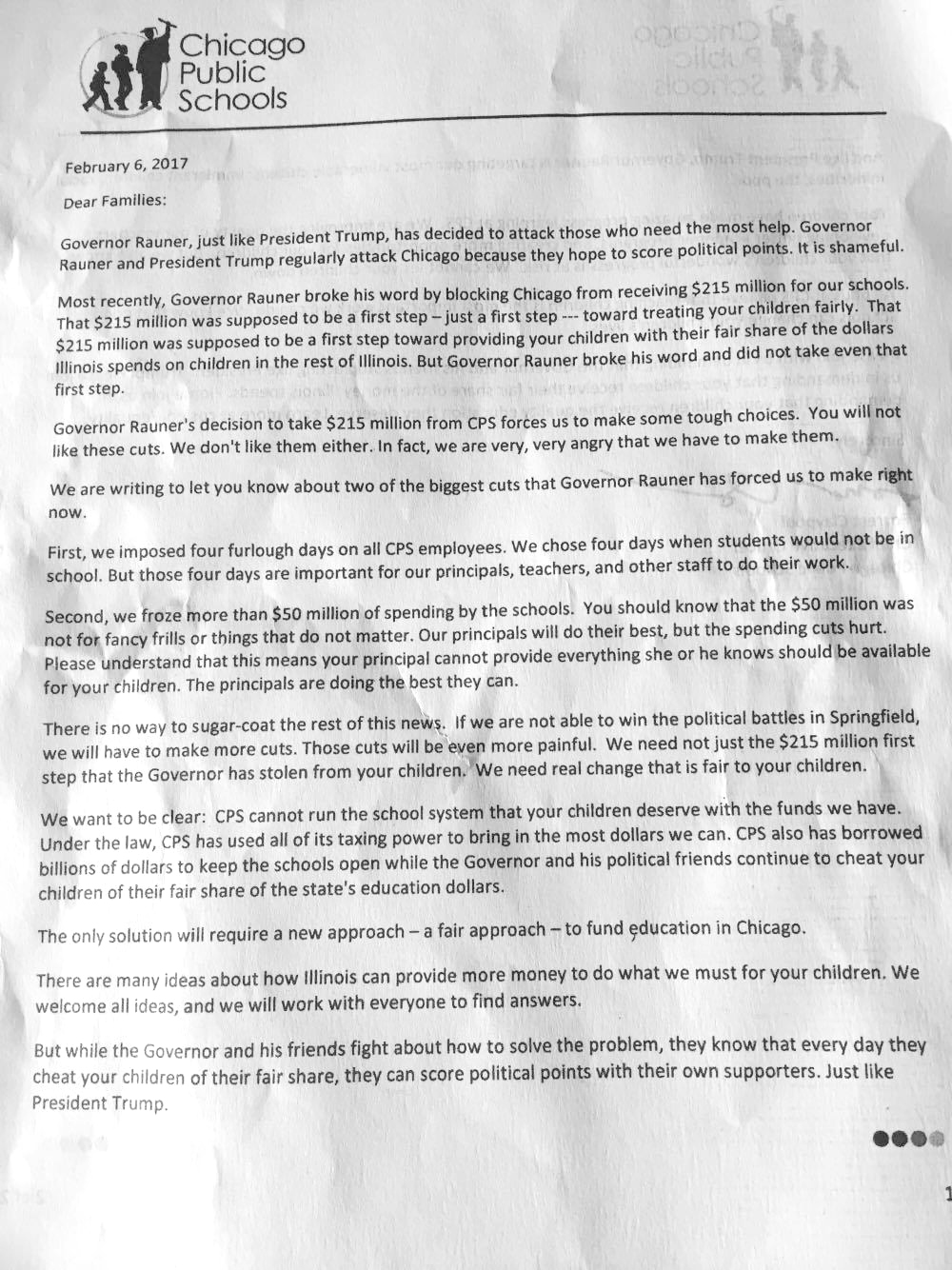 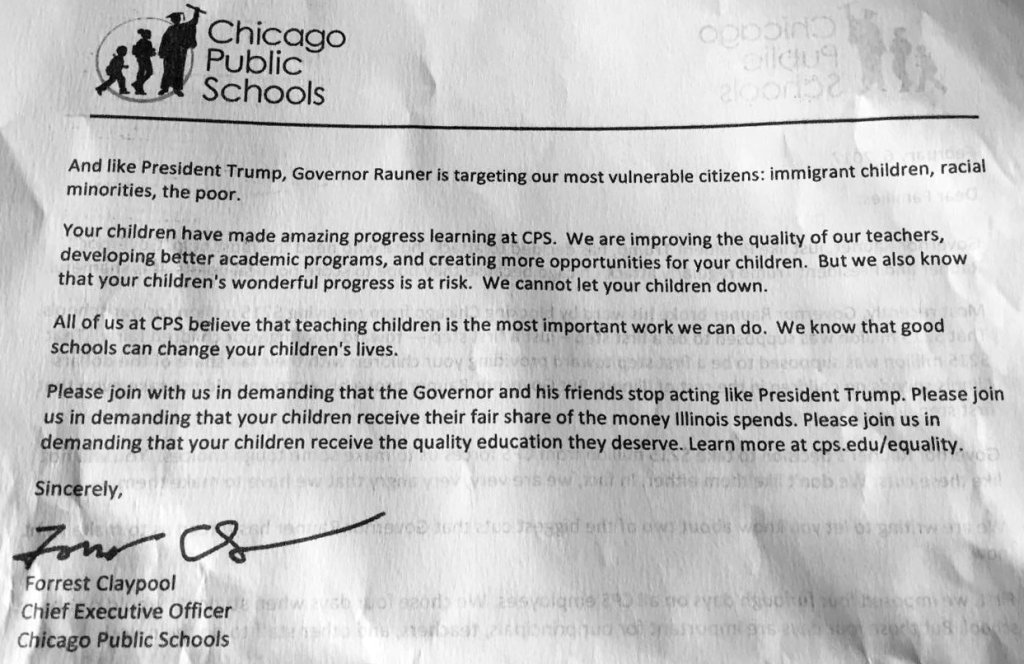 Chicago parents are sounding off after a partisan letter sent home with the district’s 381,000 students accused Republican Gov. Bruce Rauner of “cheating” students and stealing from kids.

The letter sent out Monday blames Rauner for Chicago Public Schools’ chronic budget problems that began long before his tenure, and likened the governor to President Donald Trump, accusing both of regular attacks on Chicago “to score political points.”

The letter centers on failed budget deals to steer $215 million to Chicago schools, and utilized taxpayer funds to frame the issue as an attack by Republican lawmakers, WGN reports.

“We are writing to let you know about two of the biggest cuts that Governor Rauner has forced us to make right now,” the letter read. More