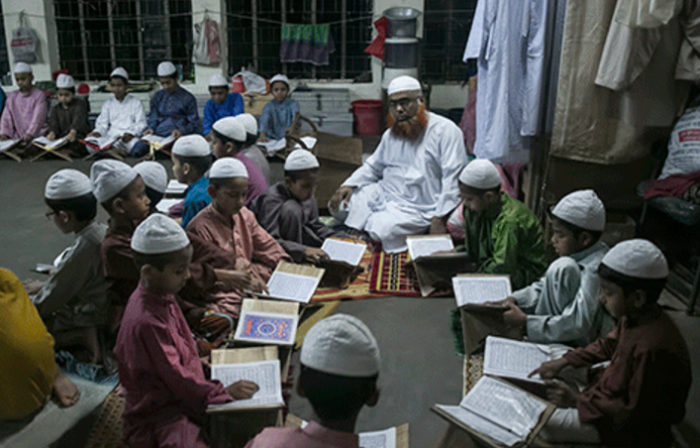 Indigenous children belonging to vulnerable Hindu-Christian families in Bangladesh are being forced into Islam via child trafficking rackets.

Police uncover a crime ring which lures Christian and Hindu children and then converts them to Islam and trafficks them.

At least 72 children were converted to Islam and trafficked over the last seven years by a Bangladeshi criminal ring that preyed on impoverished, indigenous Christian and Hindu children, according to the Dhaka Tribune.

An investigation found an extremist Muslim group was going door to door among indigenous communities in the eastern Bandarban district. The group enticed impoverished families to hand over their children, saying they would receive better education and food. However, once the ring was in possession of the children, they shipped them across the country to Dhaka and other places, converted them to Islam and placed them in madrasas. More

2016 The Deadliest Year In History: Suicide Bombings Increased By 30%

*NEW* BREAKING ALERT: Massive Recall- If You Have ANY Of These You Need To Throw It All Away NOW!
America's Freedom Fighters

This Is The Real Significance Of The “Chinese Spy Balloon” Saga…
February 6th, 2023 DC Dirty Laundry