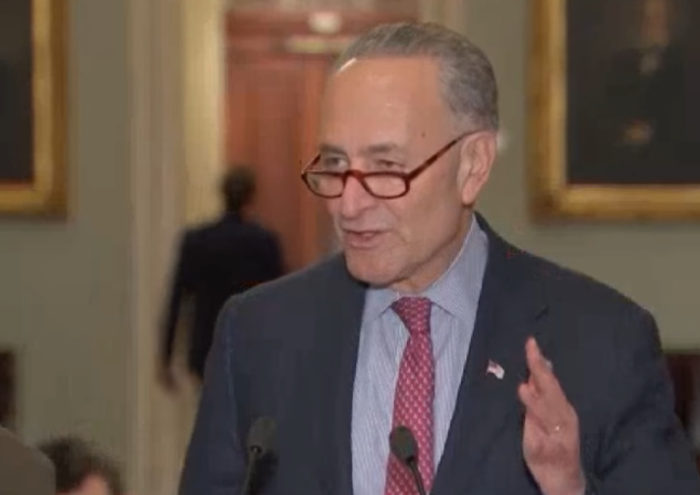 Ah, the sweet smell of desperation…

Senate Minority Leader Chuck Schumer, D-N.Y., last Wednesday dragged out his feeble effort to block Neil Gorsuch’s confirmation to the Supreme Court. Ahead of today’s confirmation hearing, he trotted out three people, representing supposed “victims” of Gorsuch’s jurisprudence. He hoped to demonstrate that Gorsuch is hostile toward workers and cancer patients, and takes the side of “the powerful” and corporations against the “powerless” little guy.

Never mind that in all three cases, one of which was decided unanimously by a three judge panel that included one of former President Bill Clinton’s appointees, Gorsuch scrupulously applied the text of the laws as written by the Congress in which Schumer serves. Schumer just didn’t like the outcomes or, to be more precise, he hopes the outcomes might be sufficiently tear-jerking that they can inflict damage on the judge’s chances of confirmation. He feels pressure from his party’s left wing to make a show of resistance against Gorsuch’s nomination, which seems likely to be smooth sailing. More

You'll Be SHOCKED At Massive NPR And PBS Salaries! Trump Is Right To Cut, Cut, Cut!