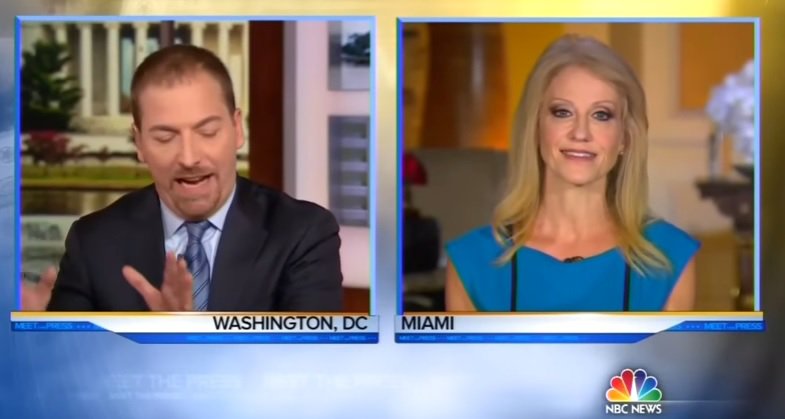 Chuck Todd is just doing what every other liberal does when someone disagrees with them… Liberals don’t know how to deal with disagreements.

Kellyanne Conway went on the hostile Meet the Press this morning to be grilled by far left host Chuck Todd.

Todd was grilling Conway over potential conflicts between Trump’s business interests and his role as president. Conway eventually had enough, and observed

“I went back and looked at what all the press clips and the conversations on shows like this eight years ago. It was basically debating just how cool Barack Obama is… if we’re not going to do that about President-elect Trump, we should at the very least trust him to do the right thing and comply with the law here.”

A visibly annoyed Todd shot back:

“I understand. Every knee-jerk pushback is going to be to blame the media. It’s a crutch. I get it. And I’m used to it. But it’s not the fact.”

The liberal media DOES NOT LIKE to have their authority questioned.