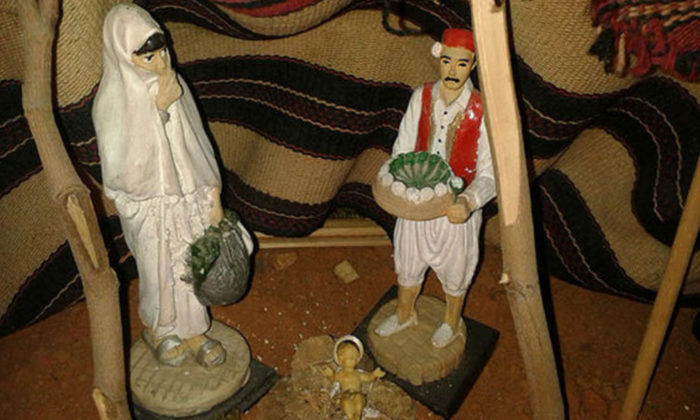 Morons if you stop pandering to them and stand up on your own two feet they will be less inclined to keep pushing the limits. The more you give in the more they will expect from you. Until finally you have nothing left but servitude to them…

An Italian priest has caused outrage over his controversial nativity scene which portrays an Islamic interpretation of the traditional Christian nativity scene.

Franco Corbo, the priest at St Anne’s church in the southern city of Potenza in Basilicata, has created a nativity scene which has caused outrage with local inhabitants.

Mr Corbo has depicted the traditional nativity with Mary wearing a veil and the figures of Joseph and the shepherds are all wearing traditional Muslim clothing.

The walls of the traditional manger have been daubed with various slogans such as “Foreigners out”.